"the wisdom of the elders" 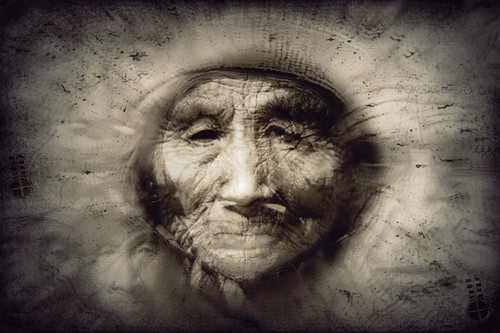 (Associated Press) As students head back to school, here comes a big homework assignment: StoryCorps wants tens of thousands of teenagers across America to interview a grandparent or elder this Thanksgiving and upload their recordings to the Library of Congress.
The nonprofit oral history organization is asking high school history teachers to have their students record the interviews with StoryCorps' free smartphone application. Records sent to the library will become part of a publicly accessible archive at the American Folklife Center.
"The Great Thanksgiving Listen" is an assignment that will last for generations, StoryCorps founder Dave Isay said.
"When young people do these interviews and they hit `send' at end of the interview to the library, they know that their great-great-great-great-great-grandkids are going to get to eavesdrop on this conversation someday and get to understand where they come from, who their ancestors were," Isay said in a telephone interview.
He hopes it becomes an annual tradition that brings families closer together by using modern technology to preserve the wisdom of elders.

Why do I hunch that it is the 'elders' who favor such an effort. True, younger people may have some hunger for stories of the past, but as a matter of urgency and insistence and concrete usefulness, somehow I imagine that it is the older folks who think it's a good idea to pass the 'wisdom' along.

Not to put too fine a point on it, younger people, if they are anything like me, have not yet finished with the delights of  being an asshole ... and in that department, no one else's experience will have as much honest impact.

It seems that tales of the past are a part of every period in human history. Some stuff is worth knowing if you want to stay alive. But no matter how much desire there is to find a fruitful edge, there will always be someone -- or a group of someones -- to test the boundaries and push the envelope and risk death or destruction or sorrow all over again. Same shit, different day.

And if that is true, the question has to be asked, "what is wisdom" and how useful might it actually be? Isn't it only as useful as this current asshole is willing to make it?

I suppose I could frame this curiosity in more polite language ("asshole" sounds a bit cynical), but isn't the best experience in this life often premised on the all-too-personal screw-ups and errors anyone may have made? Isn't it that information that tends to drill down and deeply inform anyone's life in ways that reading a book or cheering with a crowd couldn't hope to achieve?

Mind you, I like the idea of people talking to each other and listening to each other. But I am suspicious of the notion that such conversation or complicity or 'learning' can actually achieve the status of "wisdom."

Older people can grow positively crabby about the unwillingness or inability of younger people to listen and absorb and "not be as stupid as I was." Love is the most important thing; war is edgelessly horrific; there is a reality even prior to heaven and earth ... blah, blah, blah wisdom, in one sense and, in another, there is a possibility of suggesting another way of looking at things. But that way is seldom if ever the way in which the crabby 'elders' might imagine it.

Younger people "gotta be free," just as their story-telling, wisdom-imparting elders once were.