"Good morning" : you're under arrest 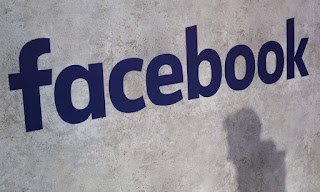 Artificial intelligence and human intelligence seemed to have gone awry in close harmony after a Palestinian was questioned by Israeli police for posting "good morning" under a Facebook picture of himself next to a bulldozer. Facebook's AI translator allegedly screwed the pooch by translating "good morning" as "hurt them" or "attack them." Why do I suspect that this screw-up would never beset an Israeli?
In an apparent rewrite of the Independent, The Guardian's version read, in part, like this:

The man, a construction worker in the West Bank settlement of Beitar Illit, near Jerusalem, posted a picture of himself leaning against a bulldozer with the caption “يصبحهم”, or “yusbihuhum”, which translates as “good morning”.
But Facebook’s artificial intelligence-powered translation service, which it built after parting ways with Microsoft’s Bing translation in 2016, instead translated the word into “hurt them” in English or “attack them” in Hebrew.
Police officers arrested the man later that day, according to Israeli newspaper Haaretz, after they were notified of the post. They questioned him for several hours, suspicious he was planning to use the pictured bulldozer in a vehicle attack, before realising their mistake. At no point before his arrest did any Arabic-speaking officer read the actual post [boldface added].

Police work used to include a decent capacity to check facts. If you don't check the facts, people get deprived/marginalized/killed -- which is even more telling in Israel's version of de facto apartheid.


Israeli MPs will this week consider two initiatives that critics say are aimed at shutting down one of the country’s most high-profile anti-occupation groups, Breaking the Silence, which records the testimonies of Israeli soldiers operating in Palestinian territories....
Breaking the Silence collects and publishes accounts of the actions of Israeli soldiers, in their own words, both in combat and in the day-to-day business of Israel’s occupation of Palestinian territories....
[Tourism Minister Yariv] Levin has said the election in the US of Donald Trump, whose administration has rarely criticised the Netanyahu government, has made the proposed legislation easier to promote.
“It wouldn’t have made it through in the period of the Obama administration,” Levin claimed this year. “They were very uneasy about the bill. The present administration has no problem with it.”