a world of mimicry 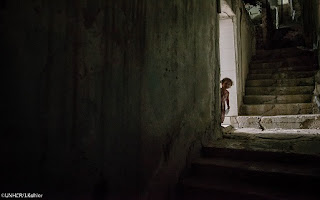 Back in a time when a million dollars was not chump change, there was a joke about two black guys sitting in the sunshine on a back porch. "John," said one to the other, "if you had a million dollars, what would you do with it?" John cocked his chair back and closed his eyes. "If I had a million bucks," he crooned, "I'd get me a white Cadillac convertible with white leather interior. I'd get a white suit and a white shirt and a white tie and a white hat and I'd cruise down some Main Street down south slow and easy and give the white folks something to look at. What would you do with a million bucks, Pete?" "Well," Pete replied in the same dreamy world his friend had adopted, "if I had a million dollars, I'd get me a black Cadillac convertible with a black leather interior. I'd get a black suit and a black shirt and a black tie and a black hat and I'd cruise down your Main Street and watch the white folks hang your black ass."

I once asked my mother for some tip about writing. Since she knew how to do it, her words were worth listening to. When it came to writing, she offered a one-word response: "Read." All art, writing included, is based on thievery and to be a good thief, it makes sense to bone up on what the good thieves before you have practiced.

Mimicry is a wondrous human tool. How is anyone to learn without in some manner mimicking the behavior of others? Sports, arts, die-casting, safe-cracking, money-making, speaking, walking, spiritual adventure ... the list is endless: Mimic what seems to work or what is admired.

Of course, the other edge of the mimicry sword is to base a practice in cruelty and unkindness -- strong-arming the world to accord with your desires. Same tactic, different ends. Mimicry.

But there's a sticky wicket with the wonderment of mimicry. Where some may mimic to the point where mimicry falls away, others may become trapped in a world where being a good mimic is the sole result. Having the right clothes or the right car or the right religion or the right status becomes a satisfactory result. Everything continues to rely on endless comparisons with or connections to someone or something else. How many people have you met -- worst of all, the one in the mirror -- who can mimic the spiritual teacher or the loving soul or the professional manager, but are lost in the quicksand of their training and mimicking? A Cadillac remains their touchstone. There is no fluidity, no ownership, no real understanding, no balls and no peace. Everyone becomes Kim Kardashian.

And it is at this point in the mimicry world that reality comes calling ... proposing the possibilities that will hang your black ass. The shoes, the tummy tuck, the car, the slick lingo, the gun, the labels on the T-shirts, the holy texts, the right parties ... it may look like the real McCoy, but it lacks the last daring step....

Just because the mimicking student is doing the same thing as the adored master does not mean s/he is mimicking anything. Nor does it guarantee they are not mimicking ... except for the sense of tinny reality it can exude... you know, the folks who can beat you to death with a 'compassion' stick.

No more living in the shadows ... except when the shadows are too comforting to relinquish.
Posted by genkaku at 10:08 AM