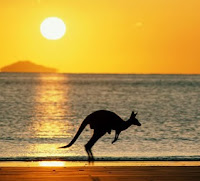 -1 F at 6:30 a.m. Nothing moves. Everything still, but perhaps chuckling at the human discomfiture.

I just called a plumber about the costs of installing a new stove (as yet unpurchased). The receptionist pointed out that their guys were ass-over-appetite in the repair of heating units that were not putting out heat on this cold morning. Murphy rules -- I would pick today of all days to try to get the stove-ball rolling.

President Donald Trump, who cannot pass a single morning without offering an opinion-Tweet about something -- it's always about him, but the coloration of the topic varies -- has suggested that the East and Midwest, which are hit by the cold, could use a dose of Global Warming ... and I'm inclined to agree.

Israel is suffering from a drought (why do I suspect that those most deprived in the search for a solution will be Palestinian?) and Australia is no doubt roasting/basking in summer's clutches ... but it ain't like that around here. Maybe, if like some well-conned 19th century homesteaders, we set up a prayer colloquium as the Israelis are trying to do in search of rain ... maybe warming temperatures would occur.

There is other news, but none of it really grabs my fancy. It's my cold hands that are thinking their little pinkies off.
Posted by genkaku at 9:43 AM