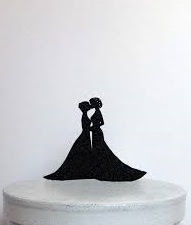 As if getting married to someone of the same sex weren't difficult enough, consider the difficulties of getting a divorce in the great Down Under:

New same-sex marriage legislation came into effect on the weekend, prompting a rush of couples heading to registry offices around the country to file their intention to marry.
But in Perth, lawyers were lodging documents of a different kind, on behalf of a woman set to become the first in Australia to file for a same-sex divorce.
She married her long-term partner in 2015 at a consulate in Perth under the laws of a European country where same-sex marriage was already legal.