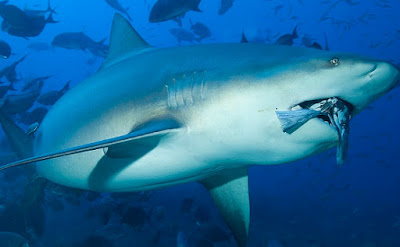 NEW YORK (AP) — The nation’s newsrooms are pushing back against President Donald Trump with a coordinated series of newspaper editorials condemning his attacks on “fake news” and suggestion that journalists are the enemy.
The Boston Globe invited newspapers across the country to stand up for the press with editorials on Thursday, and several began appearing online a day earlier. Nearly 350 news organizations have pledged to participate, according to Marjorie Pritchard, op-ed editor at the Globe.

On balance, I have a sense that Donald Trump can chalk up a 'W' in this matter. It was he who laid down the false alternatives -- "who would you rather believe, the press or me?" -- and the press took that bait and skittered shrieking like school girls into a corner: "We're the good guys in all this."

News organizations are scrambling to make a buck these days and the president of the United States is grist for the buck mill. How could a president not be an object of attention? Theoretically, Trump represents the United States, sooooooo ... the news media are backed into a corner of Trump's devising. Put another way, the news media are stuck validating what they may find themselves abhorring.

Trump put out the bait and the hungry went into feeding mode, primping and posing and asserting their pillar-of-democracy credentials. This has some validity, but its validity is challenged when the only alternative is Donald Trump and his endless lies and misstatements.

The word "alternative" means that there are two (and only two) choices. The word "option" indicates more than one way to skin a cat. Is Donald Trump and his unsubstantiated misstatements (3001, by May 1, the Washington Post says) the only alternative to the "fake news" of which he accuses the news media? If he accuses with gusto, still he has not laid down the parameters of what true news might be other than to suggest he is the sole arbiter of that unnamed truth. And his supporters -- many of whom have been egregiously short-changed -- applaud: Trump may be wrong, but he has all the right moves, they say.

Another option -- albeit a somewhat galling one -- is to wait for the law to kick in. Donald Trump's draining of the political swamp has seen myriad swamp rats come on board -- others willing to bask in the glow of his dong-flonging volume, others too anxious about their re-election to vex or contradict or take a principled or, dare one say it, moral, stance.

Where are the jobs? Where is the infrastructure? Where is the replacement health care strategy? Where is the coal industry? Like Republican predecessors, Trump has pushed through a tax bill that benefits the wealthy. He has won no other legislative battles. Yes, he can nag -- as he successfully nagged the news media -- but the swamp is filling up and the law, however leisurely, has the capacity to provide options that are more than a single alternative.