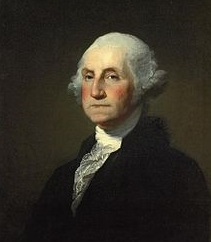 Ours is not at era of civility and decent behavior and so it was something between a chuckle and a tear that erupted when a friend passed along the rules that George Washington was said to have carried with him and studied daily in times gone by. Imagine -- a man of stature who was willing to consider and modify his own behavior.

Too much civility and class and the humanity is lost.
Too much humanity and the social contract is shredded.

Of course everyone has an answer and discipline to bind up the rifts, but the rifts have a way of outfoxing the nostrums.