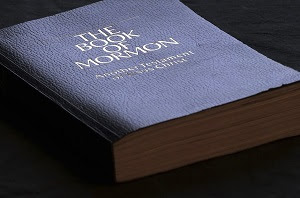 In news reporting, it is often the obvious that gets overlooked. In this regard, I tip my hat to the Associated Press for sticking its nose into the question of why there are often religious texts in the nightstands of popular hotels.


Marriott, whose namesake founding family is active in the Mormon church, has been putting both the Bible and the Book of Mormon in its rooms since opening its first hotel in the late 1950s. Like most major chains, Marriott doesn’t own the majority of its hotels. However, it stands out from the other companies by requiring — in franchise or licensing agreements — its 6,500 properties to have the books in each room....
It’s not a policy Marriott relishes discussing. The company declined to make an executive available to comment, but issued a statement to The Associated Press: “There are many guests who are not digitally connected who appreciate having one or both of these books available. It’s a tradition appreciated by many, objected to by few.”...
According to STR, a hotel data firm, the number of U.S. hotels that offer religious materials in their rooms has dropped over the last decade, to 79 percent in 2016 from 95 percent in 2006. Luxury hotels were the least likely to offer them, with just 51 percent saying they did. And urban and resort hotels were less likely to offer them than hotels in suburbs or along interstates.

Hotel rooms, like spiritual convictions, are often a private and sometimes lonely business. They may play at being "home," but home is seldom so spic and span, so manicure-ized, so picture-perfect. Home is a place of the very personal mess. Hotel rooms echo-echo-echo. They don't smell like home. What may be "private" at last is also lonely at first in a hotel room. Even Jesus sought out the company of deviltry when he entered the desert alone.

Is scripture the answer in this echo chamber? Is it not the answer? Can the internet fill the void? Do the Jews feel once again that they have somehow been slighted by something 'anti-Semitic?' The Muslims? The Buddhists? The Hindus?
Posted by genkaku at 6:32 PM