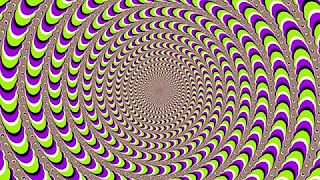 How many stars are there in the skies: What came before that?
If the New York Times could print an article that pointedly did NOT use quotation marks around the phrase "the edge of the universe," how and why did the newspaper do that? If there is an edge to the universe ... what's beyond that edge?
If circumstances are as they currently are, of what cause are they the effect? Nothing fancy or magical -- no promissory notes -- just what came before that? Back and back and back and back.
And if current effects rest on preceding causes, to what extent are they little more than new causes?

In a Guardian opinion piece today, author Maryanne Wolf assesses the dumb-down fatigue imposed by the information overload of the internet and electronic gadgetry. People who don't read as once miss out on the civilizing effects of tapping into deeper stories .... back and back and back. Skim-reading is the new normal.


English literature scholar and teacher Mark Edmundson describes how many college students actively avoid the classic literature of the 19th and 20th centuries because they no longer have the patience to read longer, denser, more difficult texts.

Skimming is the new normal and its effects are not solely literary. The willingness and capacity to think and infer and empathize are reduced as reading slips into a touch-base activity. Going back and back and back takes time and effort and ... well, what the hell do you get in return? Whatever it is, Amazon probably has it on sale.

I suspect, but don't know, that Ms. Wolf is engaging in the new-normal complaints of all those who got brought up on books and critical thinking and the capacity to create. In other words, she's old or getting close to it. The digital age demands its pound of flesh. And a skim-savvy lifestyle is one of the results.

Even the best-coiffed and best-educated fall defeated by the side of the road. "Enough already!" or "It may not be perfect, but I'll put my money on it." I pick what I hope is the least-wrong course or deduction and get on with a second cup of coffee. I don't like sloppy thinking, but in the end, thinking is, by its nature, sloppy.

Either way, I'm still a dummy, a state I do not admire, but life snickers, "Tough shit!"
Posted by genkaku at 11:04 AM