at the altar of despair 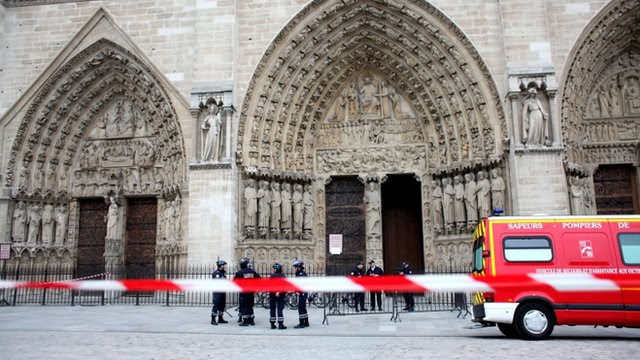 Mr Venner, 78, walked up to the altar of Notre-Dame, one of the most-visited attractions in France, and shot himself in the mouth with a single-shot pistol on Tuesday afternoon, in front of some 1,500 visitors.

Mr Venner condemned both same-sex marriage and Islamist influence in France in writings before his death.

If death were to cease being the final and somehow most horrific frontier, what view would anyone have of Mr. Venner's or self-immolating Buddhist monks' actions?
Posted by genkaku at 9:02 AM