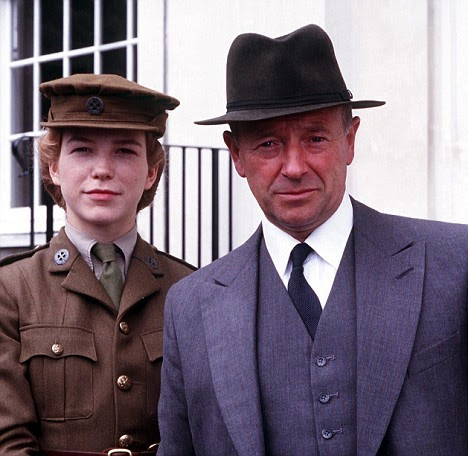 With the absent but insistent enthusiasm of a man eating potato chips, I have been watching the British TV serial, "Foyle's War." The series is set during and shortly after World War II and centers on a detective who unravels one sort of crime and another.

Its style becomes vaguely predictable over time (I've watched three of the six episodes available on Netflix), but the characters are appealing and quirky and flawed and touching and intelligent, so I keep munching. Aside from anything else, it is a pleasure to watch a drama in which the actors don't look, over-bearingly, like actors.


The show, with its setting in a time of idealized danger, makes me wonder a little if the deliciousness that is applied to moments in the past is ever brought forwards ... into memories of the present.
Posted by genkaku at 10:32 AM