running out of marvels

At the fork, in the darkness, the rancher let me out of his pickup with a mild warning: "Keep an eye out for the rattlers. They're shedding this time of year and they're pretty touchy."

He might have been offering honest advice or he might have been having a bit of fun at the tenderfoot's expense. Either way, I thanked him for the lift and stepped out of the truck and into the Wyoming night. His road led right. Mine ran straight ahead. 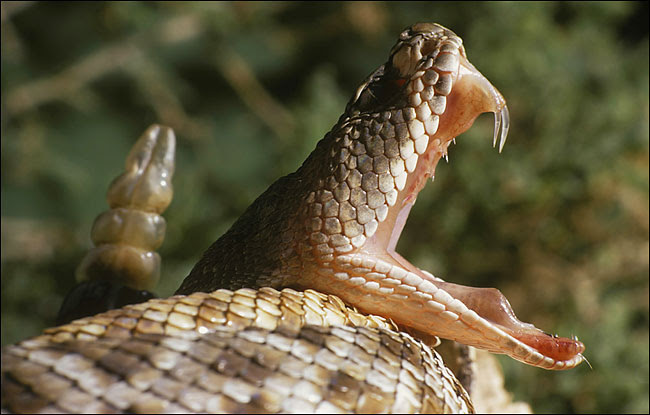 The last road sign I had seen said that it was 54 miles from Laramie to Cheyenne and I considered walking: If I walked all night, I might make it by morning. It was unlikely that I would get a ride at this time of night. And then I realized that walking 54 miles was not really sensible, even if I could do it. Better to sleep and resume hitchhiking by day when there would be more cars on the road.

I stood on the road and looked out into the scrub prairie all around me. The stars -- and there seemed to be millions of them -- gave a half-light to the scene of wide-open ... wide-openness with nothing to suggest it was anything other than wide-open. I had no idea what time it was ... 9 perhaps or maybe 10. There was no noise, no traffic, no man-made light on the horizon... not even the hiss and rattle of a creature shedding its past. A land without handholds. The setting wasn't hostile; it just wasn't in the business of holding anyone's hand.

For a while I just stood still in the late-August darkness. I was a day-and-a-little into a 3,300-mile trip across the country -- from Oregon where I had just finished up a two-month summer job at a lumbering camp to New York, where the canyons formed by skyscrapers meant that no one ever really saw the sky. It was the first of two times I would hitchhike across the country. The second would arrive three years later, in 1962.

Finally I took a few tentative steps on the road, as if entertaining the notion of a 54-mile walk. But I knew I was just bullshitting -- putting off the time when I would lay out my old army blanket on the prairie and perhaps disturb some rattle snake. Even without laying out my blanket and staking a wide claim, I wondered if my footsteps might accidentally disturb an innocent creature in the midst of a touchy effort. I had a jackknife, but doubted if there were enough light to see and then minister to the point where the fangs entered.

I walked a little and then took the plunge, stepping off the highway and onto the prairie. About 100 feet out in the mixture of soil and tufts of grass I stopped, put down my small suitcase, unrolled the attached blanket and spread it gingerly on the ground I could not see clearly. I waited a moment to see if my territorial assertion would arouse any of the tenants who had staked a claim before me. When there were no complaints, I lowered myself onto one half of the blanket and pulled the other half over my body. If I went to sleep, do you suppose a rattler in search of warmth might curl up next to me and then fang me when I rolled over?

After the what-if's had abated a little, I relaxed and looked up at the sky. It was enormous and filled with stars that no one would ever see through the pollution in the East. Huge ... it was huge! And not only was it huge and jam-packed with stars, but there were shooting stars. Not just one, which was pretty rare in the East, but one after another after another ... at intervals of between several seconds to several minutes. Whhhhhiiiiiissssssh! There was no telling where the next one might come from. Some came from low on the horizon heading towards the top of the huge ball I imagined myself to be in. Some came from the top and fell towards the bottom. Some just came out of nowhere, streaked, and burned out nowhere.

I woke up with the sun and looked around carefully before getting up to take a leak. I saw no snakes nor any tracks to indicate they had been there. Got back on the road and caught a ride to a truck stop several miles down the road. I had no idea what time it was, but I was hungry. The waitress looked at me a bit oddly when I ordered roast beef, mashed potatoes, gravy, vegetables, rolls and a large glass of milk. When the food came, I set to with a will ... only wondering vaguely why my meal was barely luke warm. After the plate was wiped clean, I glanced casually at a wall clock: It was 5:45.