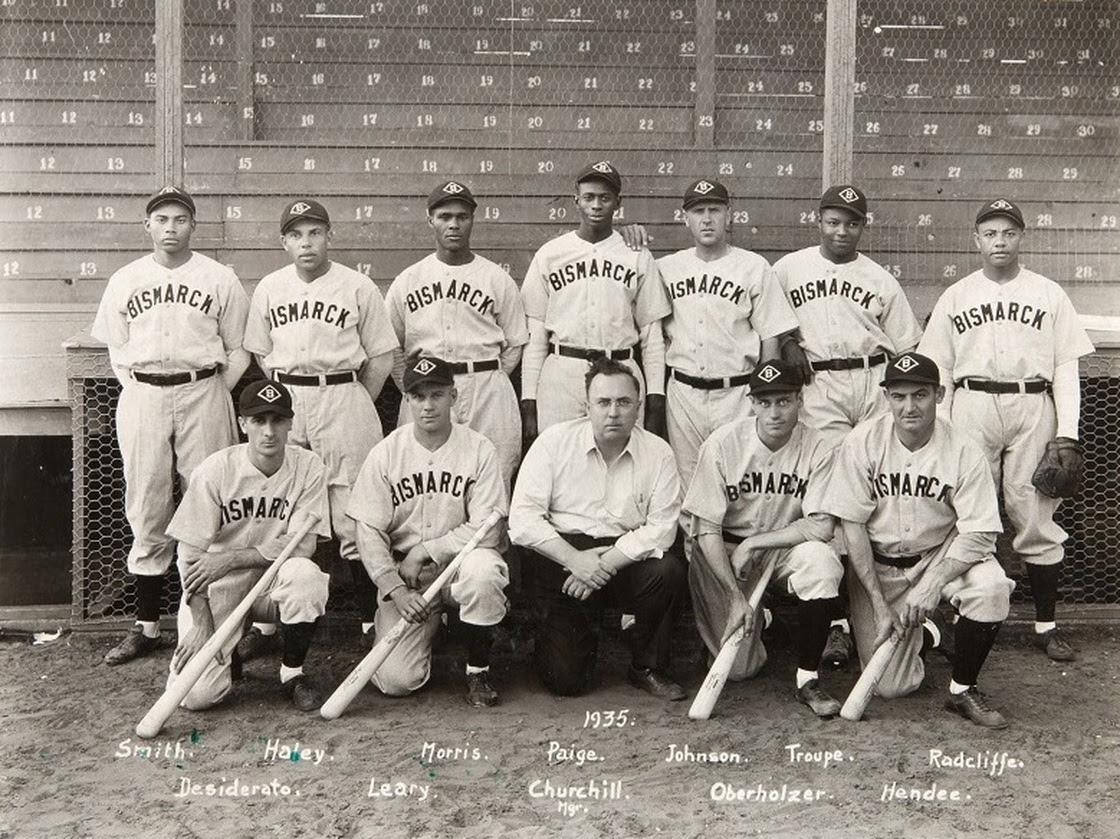 More than a decade before Jackie Robinson broke the segregation barrier in baseball in 1947 and President Harry S. Truman ordered the armed forces integrated in 1948, there were the Bismarcks (later dubbed the Bismarck Churchills), an integrated semi-professional baseball team created by a Neil Churchill, a man who ran a  Chrysler dealership in North Dakota. The team won the National Baseball Conference semi-professional baseball conference in 1935. When visiting other towns in which segregation was enforced, the team as a whole would not patronize restaurants that refused to serve blacks.

Today, a speculative story from the Associated Press suggests a disconnect or dissonance between next month's visit by to Africa President Barack Obama, the man in charge as the gay rights movement gathered concrete steam in America, and the criminalization of homosexuality on much of the African continent.

Strange to think that what harms no one else in action (playing baseball or affection between individuals) can arouse a blood lust of reaction from those who believe something else.

I can climb on the caterwauling social-agenda band wagon as well as the next fellow, but I think the lesson from all of this is most compelling at a personal level ... keep a close and wary eye on dearly-held beliefs ... of any kind.

Segregation within or without ... does it really -- honest injun -- stand up to an attentive scrutiny?

An occasional reality check never hurt.
Posted by genkaku at 9:37 AM