This has been sitting on my computer's desk top waiting for me to return and rewrite, but the fact is, I am no longer as interested as when I started writing it ... and it's too long ... and who, including me, reads long these days ... and the short version is here ... and I want to 'get rid of it' so ....

Aldous Huxley once wrote, "If the intellectual travels long enough and far enough, he will return to the same point from which the non-intellectual has never started." 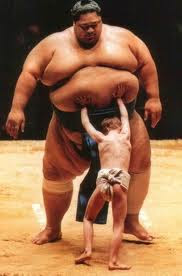 For the rough purposes of rumination, I would define intellectual courage as the willingness to stop keeping things at bay. And as far as I can see, intellectual courage is exceptionally rare because the desire/need to be right is so viscerally alluring. As a result, the chances of returning "to the same point" are pretty damned slim.

But I sometimes wonder if the same result might be observed in those who simply get old enough.

Intellectual acquisitions, whether for alligator hunter or bedecked academic, are pretty much the acquisitions that will define the present or past and pray like a Pentacostal to ward off dangers in the future. They shape and ease and form a relatively calm pool in what can be raging seas.

But perhaps they are also acquisitions that fit on a limited number of book shelves. It makes some good common sense to be well informed about what has happened or is happening. An ill-informed alligator hunter can get his hand bit off and a poorly-informed academic runs the risk of being left in the scholarly dust if he doesn't "keep up." So the rule of thumb, socially or professionally, is to add more acquisitions to the acquisitions already in hand. More and more and more.

But, like stretching a rubber band, there is a point when the tension asserts its power and when, either by understanding or simple lethargy, things seem to reverse course. How many more acquisitions can anyone stuff on an already-overstuffed set of book shelves? More to the point, do the reasons for stuffing those bookshelves any longer obtain?

"Keeping up?" "Potential danger?" "Fear of failure?" "Culturally astute?" The on-set of age is as good as the rare-as-hen's-teeth intellectual courage in blurring the impetus and desire. Will the world fall apart if I don't inform myself about the latest developments of my environment? What's so bad about failure? And precisely whom do I really need to keep up with? At a certain point the rubber band asserts its ways ... I know enough to know that I have the capacity to find out ... or not ... and that the universe is unlikely to purr with delight or suffer collapse either way.

Sociology, history, alligator hunting, psychology, philosophy, religion, astro-physics, sprinting, debating, politics, war, romance, iron-mongering, barrel-making, torture, fine art, literature, Hollywood, Nigerian scams, breast augmentation, pecker enhancement, language, cliff-climbing, shark fishing, poker, joke-telling, drug addiction, gold medals, Internet savvy ... and on and on and on and on ... how many books, little and large, will fit on the shelf and how great is the impetus to fit them there?

A little love, a little decency, a little effort -- that's probably enough. And if it's not, well, life will let you know soon enough. Great effort, great intellectual collections tend to take a waning throne when the body and mind set themselves on a downward course. No one ever stops learning, but those who suggest that learning is something anyone should do is just jerking off in the breeze.

No one can return to "the same point."

"The same point" is no more.

But I imagine you get the point.
Posted by genkaku at 7:01 AM