Did an unexamined or sloppily-examined premise ever stop anyone from reaching bold conclusions? Whether profound or superficial, I don't think so and I certainly wouldn't claim to be somehow sagely exempt.

This morning, for example, an old question -- we're talking Totally Useless Information here -- cropped up again. The conclusion is roughly set in my mind -- pretty insistent, actually -- but the basis for that conclusion has to be called flimsy at best... and since I delight in the conclusion, I am really unwilling to find out if it is true. How many other conclusions are like that, I wonder? 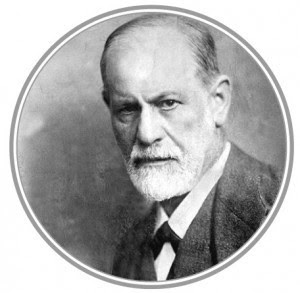 The conclusion: Shrinks, by ratio, have more beards than the general male population. These are not the beards of some rough-and-ready Canadian logger who can swing an ax or a beer stein with gusto. Rather they are the somewhat simpering, quietly-arrogant beards of an Edwardian aristocrat who keeps the world and its unwashed at a careful, if purportedly-caring, distance.

Is any of this true? I honestly don't know, but the conclusion pleasures me like a $5 hooker. Does my rock-solid ignorance of the facts suggest to me that the whole matter deserves to be thrown out? Not for a minute! It's too much fun thinking I know something I clearly know nothing about. It's sorta like God.

And shrinks are just a starting point. How about firefighters, who seem to sport a socially-disproportionate number of mustaches?

Or further afield, why am I content to let Middle Eastern men or Central American males off the hook -- those who disproportionately sport the hairy upper lips: What the hell, it's social testosterone and a guy without a mustache is probably a guy without balls. A pussy-tickler. And of course there is some input from religions that inveigh against shaving.

And that in turn brings attention to yet another conclusion: African and Oriental males disproportionately don't seem to have facial hair. Why not? Do they own an over-abundance of razors?

And then there's the coup de grâce question: If I knew the answer to any of these questions, what would I actually know and what use would it be to know it? Would a statistically-based and eloquently-argued conclusion really put a period on the sentence? Or would it just be another $5 hooker?

Silly or profound, I guess the only yardstick I can come up with is to enjoy whatever cat house anyone might employ. A conclusive ignorance doesn't settle matters and a dissecting intelligence isn't a whole lot better.

But there's something to be said for not inflicting beard-stroking and delightful conclusions on others. Or, perhaps more important, the self.

Or anyway, that's my $5 conclusion