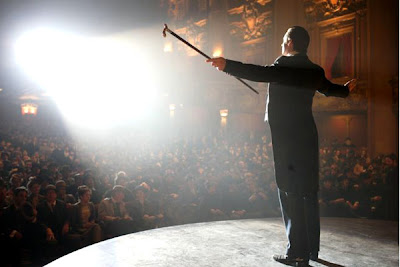 When she was little, my daughter and I would sometimes walk in a park near our apartment. And on one autumn day, we were crunching and swooshing through the fallen leaves in a wooded area when I said to her, "Watch out for the leaf sharks." I embellished this fairy tale notion a little until finally she looked up at me and said, "Serious and serious, papa?"

Like anyone who has worked up a good lie, I hated relinquishing something as delightful as the idea of a leaf shark, but I did. I told my daughter the truth. "Serious and serious" was deeply important.

Yesterday, because he was reading Mark Oppenheimer's "The Zen Predator of the Upper East Side," my older son sent me an email. I suppose he was reading the ebook/essay because I had mentioned it and also because I played a small and attributed role in the events and arguments depicted in Oppenheimer's appreciation of Eido Tai Shimano's longtime misadventures and malfeasance in the world of Zen Buddhism.

"Pop," he wrote, "If you were to rate yourself as prestige in terms of well known in the American Buddhist community, how high would that be? From what I've read, the man was a pioneer in America and you were under him for just under a decade."

Based on my email response, my son later apologized for using the word "prestige." It was, he explained, the only way he knew how to frame his question. But I hadn't been offended by the question. Questions aren't offensive, especially in Zen. Zen is a "serious and serious" business and I had only tried to give him a "serious and serious" answer ... an attempt at which I had apparently failed. I really did want to answer truthfully (my kids are important to me and, increasingly, serious and serious answers strike me as best) but what was the truth? It was like trying to explain blue skies or laughter or chocolate.

I could hear my son's question: Any organization or endeavor has a honcho and lieutenants and a general population that executes the directives given. Corporations, mafia, academia, spiritual life -- it's pretty much the same. My son's question was logical in its axioms. Before the steroids caught up with him, Lance Armstrong was a bright light in the world of bicycling -- winner of seven Tour de France trophies. He was the alpha male of bicycling, the top dog, the leaf shark among leaf sharks. He had prestige.

"Prestige" is partly defined by an Internet dictionary as, "the high reputation and respect that someone or something has earned, based on their impressive achievements, quality, etc." Lance Armstrong, before his downfall, was a prestigious man.

But what about prestige in spiritual adventure? Was it a real attribute? Of course it was in one sense. But in another sense it simply didn't compute. More important in the current circumstances was my desire to be serious and serious about my prestige. I didn't want to skirt my son's question by segueing into puff-pastry generalizations and posturing ... but what did I really -- serious and serious -- think? My son's question left me squirming and uncertain. To say I had no position or prestige was fatuous ... just like saying I had.

I like applause and acceptance and social hugs as well as the next fellow. I know plenty of Zen folks who, in little ways and large, try to raise their stature ... often by sticking their toes in the sand with an 'admirable' humility. And I know people who are just dying to be accepted by the 'Zen community.'

I like noodling about spiritual matters, based on whatever experience my practice depicts. Right, wrong or indifferent ... it's not important in any wider sense but it is what I do and I see no compelling reason not to do it. It's just noodling, for heaven's sake. If I relied on others for my standing, wouldn't that eviscerate any honest prestige that might be granted? I've been called "sensei" and "roshi" by others. I have also been called "asshole" and "wingnut."

Oh well ... prestige. I can't really nail down any definitive 'answer' or clear-cut response to the son with whom I would give just about anything to be serious and serious.

It's cold today and I want to try to keep warm.... which is about as prestigious a pastime as I can imagine.

Maybe I should applaud?