before oil in Arabia

Once upon a time, before oil had been discovered in the Arabian peninsula and Britannia ruled the waves, divers in such places as Kuwait, Bahrain, Dubai and Abu Dhabi staved off a grinding poverty by diving for pearls, according to a BBC article. 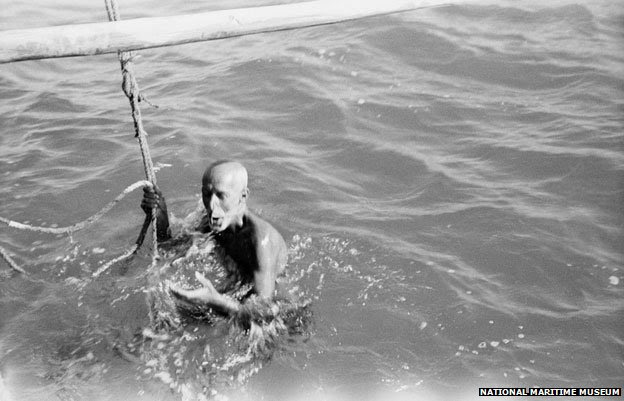 "Yusuf was ready to dive. He took his basket, holding it by the rim, and [twisted] one leg about the rope with the stone. Down he went, down, down. I could watch him drop three, four fathoms. Then he was gone."
So wrote Australian explorer Alan Villiers, describing a pearl-diving expedition off Kuwait in 1939, in his book Sons of Sindbad.
"How long he was down! There was silence aboard. [Then came] a slight tug [on the rope] and the tender was hauling in fast, hand over hand. It was a long time before I saw any sign of Yusuf, deep below. A smudge became the blurred outline of a man.

"Here he came, breaking water at last. His basket first, well-filled with oysters, then his old head with an arm thrown up to shield his water-tired eyes from the glare of the sun. He blew once, like a whale."