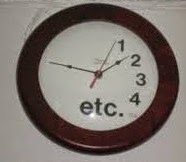 The closer Monday's operation comes, the less equanimity I feel.

It's not so much that someone is going to enter my body in an effort to improve my health prospects. I am a great believer in the anesthesiologist and his/her ability to ship me off to la-la land while the doctor plies his trade and removes a node on the right lung.

No, the wind that rattles the shutters on this house is the post-op pain and healing and being in an even deeper thrall to this aging body. Two things: 1. It's b-o-r-r-r-i-n-g and 2. I really don't see getting hurt as a desirable prospect ... a prospect I might once have balanced favorably against the prospect of getting somehow "better." A part of me carps, "better than fucking what?"

I'll do it, of course. I'm in too deep now. But I am thinking increasingly of swearing off both doctors and hospitals. It's too late. Let it ride. It's more peaceful that way.

The chickadees skitter from snowy perch to cleared sidewalks below and return to their snowy perch on the bushes inside of which they make a home. That's interesting. The Canada geese honk on their blue-sky highway. That's interesting... not b-o-r-r-r-i-n-g like analyses of "denial" or "fear of death" or other sage applications.

I do want to remember to say thank you to the doctors and other personnel attending to my physical being before the operation: Perhaps that will take some of the curse off my crabby behavior afterwards. Snarky... that's the word I'm after.
Posted by genkaku at 9:43 AM