lord, make me the person.

If I had to pick a prayer that sidestepped the religious treacle that can drip from such entreaties ... something that nonetheless spoke the honest language of love and yearning, it would probably be this:


Lord, make me the person my dog thinks I am!

Yes, it's funny, but that doesn't mean it's not serious. 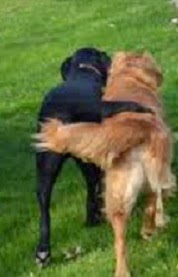 The brow-furrowers of spiritual pastimes may see this prayer as silly or childish or insulting to one profound religion or another, but my own leaning is to encourage anyone prone to spiritual interest to get down to brass tacks as soon as possible.

It does not matter whether those brass tacks are twisted or juvenile or miles off the track ... as long as others are not made to suffer: For my money, spiritual life always means your spiritual life and finding the courage to be honest about it is about the only way I can think of to find a usefulness that is not laden with diversions and gimcrack... that opens the heart that longs to be opened. Don't worry, your dog won't sell you out. 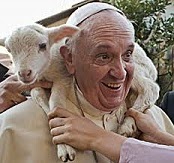 Many people love their pets. In some cases it is instinctive. In some cases it is a fine way to steer clear of human beings who can be messy and contradictory and ... well, you know. In some cases it is an avenue on which to nourish a love and reciprocity that is ineffable. It doesn't really matter if it's "right" or "wrong" -- what matters is that it is true and whether that wide-open truth can form a starting point for a happier and less-beleaguered life.

Loving a pet is like loving a piece of music -- it opens out in all directions and fills the sky. It is utterly quiet and yet thundering in its effect.

The drawback is not so much whether animals have "souls," but rather how much damage to others can be kept in check. Such a love may be psychologically twisted or right on target: Each works that out on his or her own time and to the extent that no one else is harmed, I think it is important to say "yes" to such a love, such an openness, such a gob-stopping certainty. Saying no to such a love merely encourages what it seeks to expunge. So, for my money, it is best to say "yes" and be very careful not to shove it down anyone else's throat.

Yup -- if I had a dog, I can well imagine being swept off my feet ... enfolded in a tail-wagging world that leaves Vatican and mosque and temple in the shade. How this works, I have no clue, but I am comfortable for my own purposes to say it does work and that it is worth my soul, by whatever definition, to embrace what cannot be embraced.

Strange to think how unconcerned my dog might be with any of this. Her tail wags, his tongue is wet against my cheek ... everything between us is instantaneous and clear because, I suspect, there really is no "between" between us and saying so neither improves nor diminishes the truth.

My dog knows all this, I imagine, and there comes a time when I simply have to throw caution to the winds and just know what neither of us could possibly "know."

Perhaps I will deify my dog for a while. The dog doesn't mind, but his or her presence does pose an increasingly insistent question: Whose tail-thumping deity is this and do I have the courage to stop making a federal case out of it?

Imperfectly remembered, the Baal Shem Tov was once said to have been deeply impressed by a shepherd's prayer:

Dear lord,
Though I keep others' sheep
For money,
For you I would keep them for free
Because I love you.