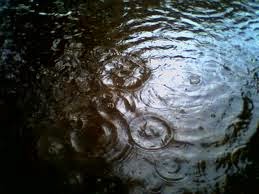 Perhaps to make up for a lifetime of not crying -- of internalizing any tears I might rightfully have shed -- now I seem to be learning to cry. And it doesn't take much.

Yesterday, a friend sent a video (appended to this blog) of a blindfolded brown, bearded man standing on a Stockholm sidewalk, arms open, with a sign at his feet proclaiming himself a Muslim who was willing to trust all passersby and asking if they would trust him. 142 people stopped and gave him a hug and a few warming words. And it made my eyes well up. I'm aware of the bad shit people can run on each other -- the cruelties and unkindnesses in the name of one philosophy or another -- and I suppose that filled-to-the-gills awareness was part of why I cried. How simple and how equally true of human beings ... overt kindness that loses its savor when anyone waxes poetic about it, but of itself is compelling and lovely.

Earlier in the evening, I was watching a television program called "Democracy Now," a somewhat frumpy news source that digs into the disasters and responsibilities for them. Interviewed was Pulitzer Prize winner Seymour Hersh, who had written an article about revisiting My Lai 47 years after a squad of American soldiers entered the Vietnamese village and slaughtered nearly 500 women, children and the elderly in a wilding pursuit of the "body count" that was all the military rage at the time ... the more bodies, the more the Americans could measure their progress in a guerrilla war they were hard-put to quantify or, in the end, win.

And a single aspect of Hersh's horrific researched recollections was a single soldier who had been ordered to "take care of" a group of women and children. At the order of a lieutenant, the crowd was herded into a ditch and, as usual, the kids were playful and the GI's played too and gave them candy. When the lieutenant returned, he was angry and pointed out to one soldier that he had been ordered to "take care of" the residents, meaning, in mafia or CIA speak, to kill them. And on hearing the order, one soldier who had horsed around with the kids began to cry ... and followed orders.

Back in Kentucky, an old woman (the mother?) greeted Hersh when he came to visit one of the My Lai Americans. She said the vet Hersh was looking for was inside, minus one leg. Before Hersh entered the house, she whispered to him "I sent them a good boy and they sent me back a murderer."

It was too much for me and I began to cry.

Earlier still on TV was a television serial called "NCIS." The episode concerned several young Afghan women who were separated from their families in a bid to escape the violence of their land. And by the end, a mother-character who had not seen her daughter-character in so long, who had lived without knowing whether the flesh of her flesh was still alive, was reunited with her daughter. A fucking TV serial ... and I cried.

I'm not trying to make a federal or psychological-breakthrough case for crying. I'm just noticing it and thinking vaguely that the contorted stiff-upper-lip approach has its share of vast misfortunes.