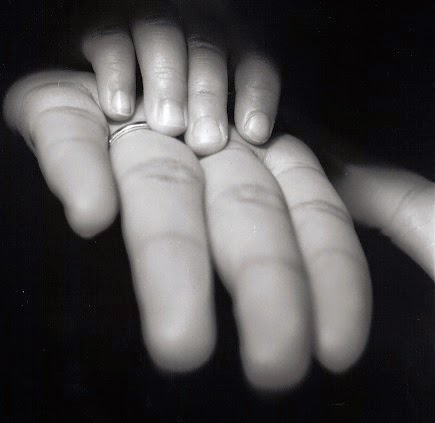 AOL mail (I know, I know -- what am I still doing connected to that laggard!?) is down this morning. It's not that I am expecting any rush of emails, but I have been working on material that is stored there, sifting through photos of the possessions in my late mother's apartment and deciding what to keep and what to dispose of.

Even though there is not a lot of stuff, still, looking at it, there is a a lot of stuff. And those who are doing the heavy lifting in terms of preparing stuff for shipment need a concrete list ... so I am trying to make it ... and now the mail is down.

Yesterday was a "mom" day so to speak. Besides the list of art work, knick-knacks, books, furniture, etc. there were papers of my mother's -- papers and old photos. Looking at the photos of the papers, it was hard to tell what was what, but then it occurred to me, once I get the papers, to donate them to the Smith College library here. My mother went to Smith, wrote an award-winning slice-and-dice murder mystery that did everything but name Smith College and the college already has some of my father's papers, some pretty thin tea from where I sit.

So I contacted the archivist office and put out tentative feelers. I don't yet have the papers in hand, but I know my children are unlikely to see them as a window into their past ... or anyway not at the moment ... so why not store them somewhere? My mother has some status on the writer's circuit (yesterday, when the mail worked, I got a query about translating her mystery into Korean ... 70 years after publication) and so it's not too arrogant to assume someone may be interested in her thoughts and works).

And I will have a phone conversation on Monday with someone from the archivist's office. But the several emails that went back and forth, setting up the phone conversation, got under my skin. The emails I received were dutiful, historical, convinced somehow that my mother was a historical commodity ... and I resented it even as I knew that that's what archivists do.

Archivists, like other people, research, they collate, they put things in 'historical context.' And there was a part of me that resented it ... and made me realize how protective I feel of her person-dom ... contradictory, fragile, smart, infuriating, cruel, loving and with a pair of intellectual balls the size of the Ritz. Something within spoke up for her as, I realized, it spoke up for me: I am my mother's son and, with some surprise, happy for it ... don't try to pigeon hole or make nice or speak in dulcet tones or consign this person to the dust bin of convenient explanation!

"But that's what academics and researchers do," the voice of reason counseled. In fact, that's what people do and that's what I do in some self-serving effort to sum up and tuck away experiences and people in this life. Everything in bite-sized morsels. Everything under control. Everything assessed and explained and shaped and understood. Anything less would be overwhelming and messy beyond belief.

I didn't like the sense that this is what the archivists might do to my mother. Fuck that! And fuck anyone who tried to do it! ... even if doing it was probably all there was in the realm of death. I could feel the cranky and the crabby and the irrational bubbling and burning below the reasonable and reasoning surface of transmitting my mother's papers.

Several years ago, my sister sent me a bunch of genealogical data about our family. I began to read through it and realized after just a little while that I might know the names and professions and offspring of one person or another, but I did not learn what made them laugh or fart under the covers or swoon ... and that's what I wanted to know.

Can the juicy stuff ever be transmitted? Nope.

But that doesn't mean it can't piss me off when it's not there.
Posted by genkaku at 8:10 AM