the Iditarod and a little music 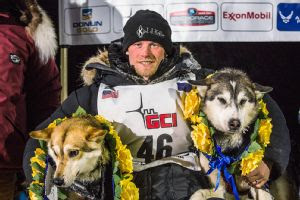 In honor of the thousand-plus-mile Iditarod dog-sled race in Alaska -- and with a tip of the hat to Dallas Seavey who won the race today with his dad coming in second -- perhaps it is a good time to drag out the old folk song called "The Frozen Logger," The song is fun -- the kind of fun I don't think any of the Iditarod mushers enjoyed.

Temperatures during early days of the race were recorded at fifty-below-zero (-45.5 Celsius).