on the edge of dreams 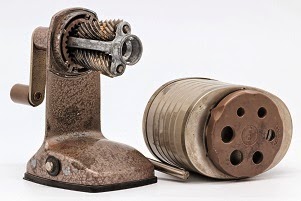 Yesterday, a friend sent me an email encouraging a wider universe and more specifically me to find the moments of joy in each day. I wasn't much in the mood at the time and generally tend to recoil these days when the "good" and "moral" and "joyous" is applied like marmalade on the English muffin of human events.

It's not that I don't like what is good or moral of joyful -- I do -- but I have had about enough of the salesmanship which, as with religious belief, tends to do nothing so much as to underscore the doubt-strewn evil, immoral and sorrowing circumstances that occasioned it. Enjoying joy is one thing; talking about it is like sucking a mouthful of soggy dandruff. Oh well, I guess I don't like being reminded of what I too have been guilty of.

Anyway, waking up this morning, I was attacked by two unreasoning bits of joy and thankfulness. They hovered on the line between dream and wakefulness and so their randomness seemed sensible and OK.

The first was a marveling joy to have lived at a time when there were pencil sharpeners, Not electric ones, but hand-cranked and miraculously engineered. An honest invention that really was practical and useful and trimmed the waste that occurred when trying to sharpen a pencil with a jack knife. I marveled at the spiraling gears that rode around the pencil shank and turned out a wonderfully pointy product. Somehow, the pencil sharpener was as honest as a hand-shake -- no frills, to talk of goodness or morality or marvel ,,, just honest and decent... and miraculous.

Somehow the magic of a pencil (how does anyone shape the graphite and inject it into a wooden shaft?!) did not enter my joyous bomb zone. It was the sharpener whose magic was probably sharpened in the memory of trying to sharpen a pencil with the jack knife that everyone carried as a matter of course when I was a kid. Sharpening a pencil with a knife can be done, but it requires the kind of patient energy a kid might rather spend on bike-riding.

The second jet of joy was the thought that in my lifetime I had probably known one or two people who were intelligent without being stupid -- a rare combo. I'll admit I couldn't name names, but somehow the faith was there ... yes, I had known one or two and it was a piece of wonderful luck. I didn't have to prove my faith, It was enough to have it.

So it goes on the edge of dreams.
Posted by genkaku at 9:22 AM