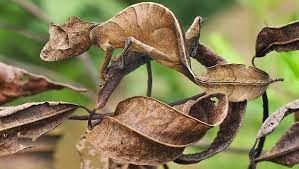 Yesterday seems to have been a crabby day, a less soothing day, a day when I had had enough of the sweet-melody wand that anyone (including me) might wave over life's difficulties. Crabby, in this instance, on an Internet bulletin board called "NewBuddhist," where, as is common on such discussion boards, a fellow was having a family problem he declined to give much detail about. Clearly he wanted support and clearly he wanted to stick to a "Buddhist" context -- some deeply-wise solvent that might untie his knots.

But the to'ing and fro'ing of the discussion got under my skin after a while ... and ... these eruptions happen from time to time and are probably worth noting. Generally, I am sympathetic to the barbed wire problems that others have. But sometimes ... well, sometimes I guess I get fed to the teeth with my own peachy-keen 'concern' ....


I vote with @federica ... only in somewhat less polite language: Fuck karma! Fuck Buddhism! Where there is a problem -- even one as raw and touching as this one appears to be -- it's time to stop hiding behind the spiritual skirts of "karma" or "Buddhism" and pretending that an explanation is any sort of real solution.
Is it hard? Sure it's hard! You know the old saw, "Your life is so difficult that it has never been tried before." So...
You may not want to get naked on this bulletin board, but you'd better get naked with yourself. The alternative is to spend your life trussed up like a Christmas goose with words like "Buddhism" and "karma." Seriously, the hangman's noose is preferable to this kind of oozy-goozy camouflage.
One step at a time. Fall down as necessary. But if you really want to play Buddhist, you are going to have to burn your face off.
Best wishes.
I stand ready to take my "wrong speech" lashes and won't retract a single word.