My across-the-street neighbor Joe and his wife Pat returned from China yesterday. I had thought they were to be gone three weeks but it turned out to be two. Joe brought me an unasked-for calligraphy from a monastery known for having sent monks to India who then brought home the first scrolls and texts of Buddhism. Joe said the souvenir calligraphy wished good fortune or some such for "adam." A nice thought ... and he told me he had brought as well a pebble from the Great Wall, which I asked for but was stashed, for the moment, inside Joe's house. 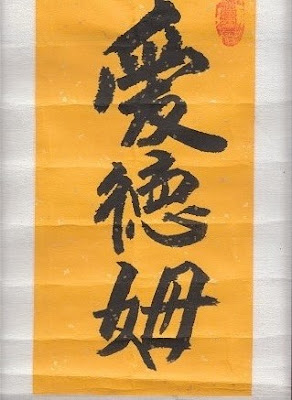