new feudalism gets an infusion 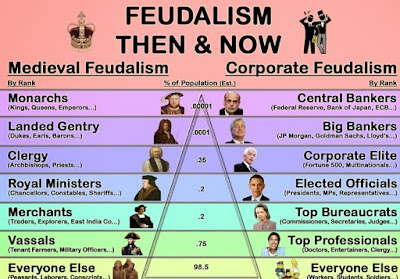 The new feudalism in the United States has gotten a boost from an increasingly vocal segment of the population that feels public funding of higher education is both reckless and useless.


Antenori is part of an increasingly vocal campaign to transform higher education in America. Though U.S. universities are envied around the world, he and other conservatives want to reduce the flow of government cash to what they see as elitist, politically correct institutions that often fail to provide practical skills for the job market.
To the alarm of many educators, nearly every state has cut funding to public colleges and universities since the 2008 financial crisis. Adjusted for inflation, states spent $5.7 billion less on public higher education last year than in 2008, even though they were educating more than 800,000 additional students, according to the State Higher Education Executive Officers Association.

"Practical skills" means many things, but one of them is that universities are being asked to become trade schools honing the widget-making capabilities of those receiving a college education. This dovetails nicely with an ever-widening divide between those can-do and those who can-think-and-therewith-connive.

Those raising the alarm are largely conservative and Republican. For them, practical applications are preferable to protests and criticisms. Strangely, those who raise the alarm are the ones most in need of the education they might once have received in college. Their position sounds reasonable -- if a $1.4 trillion-dollar student debt can qualify as "reasonable" -- but the net effect is to shoot themselves in the foot. Drone bees are a necessity, but a drone lifestyle is part of what compelled this angry constituency to enthrone drain-the-swamper Donald Trump. They were sick of all the fruits and fags and fringe groups grabbing the attention and money they felt they deserved. It's my tax money, they seemed to say, and I'm sick of pissing it away.

So the solution is to bleed the bleeding hearts. Let everyone c'mon down to my way of living and see how s/he likes it.

The 1% couldn't be happier, I imagine. Drones fight drones while the dividends roll in and "practical skills" gain traction. Widget production couldn't be better and MacDonald's has its quotient of burger flippers.

After all the studies debunking the notion of trickle-down economics, the nobility is still allowed to posit the theory in support of its rose-petal projections. Talk about needing an education!

The peasants and the nobles.