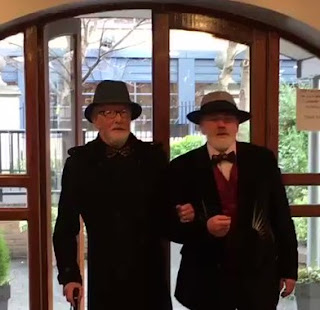 There is something quite heartening about all this.

Two Irish men have married in Dublin to avoid paying €50,000 inheritance tax on a house.
Best friends Matt Murphy and Michael O’Sullivan are both heterosexual, but decided to get married when they discovered how much tax would have to be paid on the house Murphy, 83, intended to leave in his will to O’Sullivan, 58, who is his carer.
Same-sex marriage was legalised in Ireland following a referendum in May 2015.