a little swoop and mutter 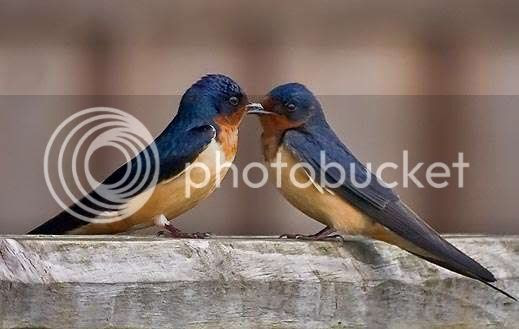 Swift and assured as swallows sailing in and out of some deserted barn at dusk, ungoverned as mercury on some tilted table top, the thoughts come up this morning. I have no will to shape or excuse or order them, to cut them into palatable and credible morsels, to argue and masticate with a mouth politely closed at some formal dinner. They swoop and are certain with no real basis for certainty. They swoop.

As much as anything, they seem to have some connection to the previous blog post here, some sense of sad, sad, sadness that, like all sadness, longs for solution or reprieve or happy ending. But this morning, sad and happy endings are left in the lurch. Swallows swoop. That is all.

... Was it Alexis de Tocqueville (I think it was) who observed that the United States, as it was in his time and would be later, was in the enviable position of being protected by two great oceans? This new country was safe from the marauding designs of contiguous states. Safe and free to enhance its longing for nourishment and riches. It was made safe by distances more compelling than the Great Wall of China.

How many lads and lasses have set out to find a safer realm -- personally or politically ... a safer way to live and be ... safe? Safety is so desirable when it is appears to be absent ... so desirable that there is a willingness to deprive others of their safety. And within every kernel of safety -- ipso facto -- there is eternal danger. No exceptions.

Where safety beckons, it would be well to take heed, be wary and not become a worse jackass still. Answers are just new questions. Safety is hopelessly arrogant... and worse, too often, cruel. Individually or nationalistically, exceptionalism secretly knows its flaws and seeks to plaster its cracks. Shall I pay the price for you or you for me?

Tocqueville pointed out the fortunate bastions enjoyed by the U.S. But these days, the walls have been breached, not by well-appointed war ships, but by the Internet and its flow of information. The country that was free from marauding contiguous states can no longer stand unchallenged. The safety is no longer safe. And it is galling enough so that the country once safe in its safe assumptions is wounded and confused and can find no better answer than the accumulation and applications of arms and an enforcing force of government. We are the best, the firstest with the mostest ... and if you don't agree, we have ways to re-educate you.

Is it any wonder that the Chinese see their chance?

I wonder today whether, assuming I had the clout, it would be wise to relocate my children to Denmark or any land that showed signs of willingness to care for its populations. It is a saddening thought, not least because I wish safety on my children and yours. I too am arrogant and, no doubt, cruel.

... Stupidity is often conceived as lacking the information that someone else has. The unemployed and under-educated are urged to sharpen their skills and knowledge. It's probably a useful suggestion. But more important than knowing what the other guy knows is knowing -- really knowing -- what you know.

Perhaps the Australian aborigines (or whatever the politically-correct terminology is these days) got something deeply right by infusing walkabout into their culture.

Six months (or however long it may be) alone is not just a matter of humility or spiritual hoohah ... it speaks to accuracy when it comes to the facts. Facts are not cruel or arrogant or safe. Facts are just facts. They were never missing. So ... a willingness, even under duress, to examine what I know or believe -- examine it right down to the get-go -- makes the kind of sense, which, in its absence, nourishes little more than unhappiness and bloodshed. Safe and stupid is ... well ... for my money ... stupid ... the kind of stupid that is unhappy ... which, in the end, is pretty stupid.
Posted by genkaku at 10:02 AM