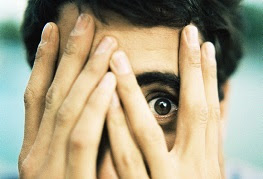 A US judge has ruled the National Security Agency's mass collection of telephone data may be unconstitutional.
Federal District Judge Richard Leon said the electronic spy agency's practice was an "arbitrary invasion".
The agency's collection of "metadata", including telephone numbers and times and dates of calls, was exposed by ex-NSA contractor Edward Snowden.

Not even the judge thinks that the discussion about mass collections of personal data is over, but his move certainly provides a small crack in the eggshell of fear and dictatorship erected under cover of 'protecting' people.

In a related development, Snowden wrote an "open letter to the people of Brazil" in which he asserted that NSA's world of indiscriminate global espionage "is collapsing." I can imagine Snowden might hope his sacrifices in fact led to such a result, but I think he is being unduly optimistic, perhaps as a means of keeping his spirits up.

The fact that Snowden may have dented the veneer of NSA righteousness is no measure of the probable outcome. Or anyway that's my guess. Mediocrity has a way of rising to the surface and the trump card in the NSA pack is fear ... a fear that can never adequately be analyzed because the particulars -- out of fear -- need to be kept secret. If I told you what you need to know, I'd have to kill you.

It's secret. You have to trust me that it needs to be secret. To question would be to dislodge the alleged (but unproven) protections that have been provided.

And yet the suspicions remain rightfully high. However many protections are provided, however many 'terrorist' plots are allegedly foiled before implementation ... still, there is room for a successful 'terrorist' plot. No one can see into the future, no matter how afraid they may be, but in the meantime, unexamined and undocumented fear is given a place of honor at the global table.

Even if Snowden 'wins' in some sense and even if the judge's ruling is given status, still there is the willingness to believe that someone or something can ward off a future that the present fears. The NSA mind has a toehold and the odds favor a future -- if vaguely revised -- foothold, no matter how many Snowden's or judges cry foul.
Posted by genkaku at 10:18 AM