good news from the Vatican

Good news from the Vatican today!


(VATICAN CITY) — Pope Francis is assembling a panel of experts to advise him on sex abuse in the clergy — a task that will involve looking at how to protect children from pedophiles, how to better screen men for the priesthood and how to help victims who have already been harmed.

But it remains unclear if the experts will take up one of the core issues behind the Catholic Church’s sex abuse scandal: how to make bishops who shelter abusive priests accountable. 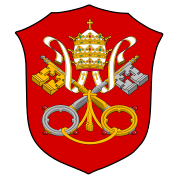 Surely such a commission bolsters the pope's suggestion at his appointment in March that the church had to address the abuse scandal if it were to have any hope of credibility. A commission to review and reshape and look into the future while healing the past sounds like a step in the right direction.


The UN Committee on the Rights of the Child put a wide-ranging questionnaire to the Holy See - the city state's diplomatic entity - last July, asking for detailed information about the particulars of all sexual abuse cases notified to the Vatican since 1995.
The questions included whether priests, nuns and monks guilty of sexual crime were allowed to remain in contact with children, what legal action had been taken against them, whether the Church required clergy to report abuse to secular authorities and whether complainants were silenced.
In its response, the Holy See insisted that it was "separate and distinct" from the Roman Catholic Church, and that it was not its practice to disclose information about the religious discipline of clergy unless specifically requested to by the authorities in the country where they were serving.
It stressed that it had changed the criteria for choosing priests and revised Church law to ensure clergy were properly disciplined.

I'm not as sharp as other tacks in the box and may be in need of an excellent Jesuit to parse the difference between the Roman Catholic Church (with its various religious functionaries) and the Holy See, which, I assume, includes the pope within its number. Perhaps others will share my confusion: The pope sets a policy alleging that the sexual abuse mess within the Roman Catholic Church must be cleaned up, but is not really involved with or responsible for the minions to whom he delivers his orders.The pope sets the agenda, but the members (including functionaries) are under no obligation to implement that agenda because -- what the hell -- the pope is just a member of the Holy See?

Wikipedia attempts to sort things out for people like me, but leaves me feeling as if I were talking with a Jew who, according to the needs of a hotly-argued debate, will refer to Israel either as a political entity or merely the home of a wonderful religion. Says Wikipedia: "The Holy See (Latin: Sancta Sedes) is the episcopal jurisdiction of the Roman Catholic Church in Rome. The primacy of Rome makes its bishop, commonly known as the Pope, the worldwide leader of the church."

I'm sorry ... I'm still confused: The pope is the boss of the church, but, well, technically he's not ... even if it is he who hands out marching orders. Oh well, what does Wikipedia know?

The difficulty with my confusion -- admittedly only from my point of view -- is that it seems to contradict the pope's suggestion that the church had to clean up the abuse mess if it wanted to regain credibility. Instead, from where I sit, the Vatican or Holy See or pope or whatever you're supposed to call the power brokers in all of this is distancing itself from the very problem it seeks to solve. If they bore no responsibility for the problem, why would they try to solve it?

But my confusion goes further. The Holy See said "it was not its practice to disclose information about the religious discipline of clergy unless specifically requested to by the authorities in the country where they were serving."

Let's be clear here: The issue at hand centers around what in civil society would be called a "crime." Rape is a no-no, assault and battery is a no-no, beating kids is a no-no, pedophilia is a no-no ... and the list goes on no doubt. A crime is punished by the civil legal system (when we're lucky), but the church seems unwilling to aid in rooting out the criminals who prey on the flock to which the church ministers ... and about which it cares so deeply ... and from whom it derives its income.

The church's in-house discipline is not open to public scrutiny. Is there some reason not to infer that the Roman Catholic Church or the Holy See or whatever is willing to abet crimes against their flock as a means of preserving its own good name ... and simultaneously drive down whatever credibility the pope said he hoped to raise up?

Is there some reason why civil authority -- which governs not just Roman Catholics -- should take this lying down? Yes, I know -- politics and money. The church is the richest business in the world and knows how to swing that club. But should civil authority quiver and retreat when it comes to the civil rights of its citizens?

As I say, I am just confused. The whole thing sounds a bit like letting Goldman Sachs or some other money changer investigate its own skulduggery. With a billion followers and untold wealth, the church is a power broker: Should it be given a gentler berth than any other power broker when it comes to civic legalities? Or should we just assume that, like Goldman Sachs, the Roman Catholic Church owns untold numbers of shares of the U.S. government?

But perhaps the latest commission really will accomplish some good. No reason to assume this is just a repeat performance of the bobbing-and-weaving, dust-in-the-eyes antics the church has employed in the past: "Believe me: We'll clean up the mess without cleaning up the mess."

How hopeful. How nourishing. How lovely.