snow in the offing 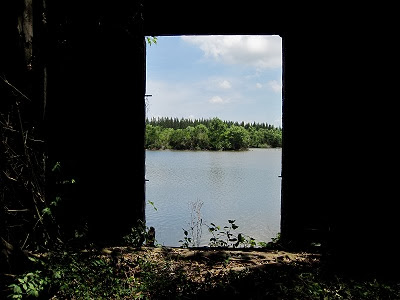 Sweet reason advises against trying to circumvent or control or understand that which is not really in evidence and yet here I sit, under grey and lowering skies, waiting for a predicted snow.

As an entertainment, I suppose it is more convincing than a laugh track on a sitcom, but not by much.

And the skies are grey. And the air has an icy wetness that makes the tips of my fingers ache. And I worry that the outdoor bulkhead leading to the cellar is not yet covered with a tarp that, I hope, will keep accumulated water from seeping into the newer basement. And I will have to ask one of the guys who may show up at the zendo tomorrow to arrive early and shovel a path because I am not as strong as I once was. And ... and ... and ... and... and...

And not a flake has fallen from the sky as far as I can see.

The Boy Scout motto is, "be prepared" and sweet reason applauds from the peanut gallery. A person who does not think things through has an idiot for a companion. And yet what sort of companion does a person have when s/he does think things through? After the fact, sweet reason will juke and jink and revise and applaud its pretty-close predictions: The idiot factor will be held at bay with a well-lubricated hindsight. But I suspect that just because something is held at bay doesn't mean it doesn't exist... and, worse, the more effort that is employed in keeping it at bay, the greater the existence and force.

"Be prepared," the Boy Scouts advise.

Both make sense. Both ring true. Both exist comfortably in precisely the same experiential space. And yet sweet reason is left gasping for breath, rushing around proclaiming a "paradox," when what sweet reason really means is that it needs a well-feathered pigeon hole for its own confusion and impotence and fear that its ascendancy is not really all that ascendant.

What is it that is so irritating or frightful about the tentative nature of things? Would the sky fall if they were just tentative -- which is what they are in the first place? True, my sense of self might be dented or even demolished, but at least I would not be in need of a badly-needed reality check.