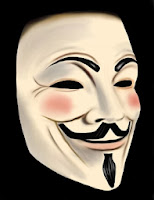 On Dec. 8, Japan's upper house made the State Secrets Act the law of the land. The people most likely the feel the effects of the law were not amused and Prime Minister Shinzo Abe was quick -- like politicians everywhere -- to acknowledge his sagging (13.9-point drop) support:


"With humility and sincerity, I must take the severe opinion from the public as a reprimand from the people. I now look back and think with regret that I should have spent more time to explain the bill carefully," Abe told reporters on Monday.
"But there have been no rules on designating, releasing, and preserving state secrets. That is where the real problem is."

Does this sound like politicians living near you? Hint: Think of the Department of Homeland Security or those who defend the ranging incursions of the National Security Agency.

Among other things, Japan's new law is so vaguely worded that it could make it a crime to report information on the continuing radiation effects from the Fukushima Daiichi nuclear disaster on March 11, 2011... a very public and punishing health hazard.


Critics say [the State Secrets Act] might sway authorities to withhold more information about nuclear power plants [...] The move is welcomed by the United States [...] lawyer Hiroyasu Maki said the bill’s definition of secrets is so vague and broad that it could easily be expanded to include radiation data [...] Journalists who obtain information “inappropriately” or “wrongfully” can get up to five years in prison, prompting criticism that it would make officials more secretive and intimidate the media. Attempted leaks or inappropriate reporting, complicity or solicitation are also considered illegal.


[...] Taro Yamamoto [an upper house lawmaker] said the law threatened to recreate a fascist state in Japan. “This secrecy law represents a coup d’etat by a particular group of politicians and bureaucrats,” he told a press conference in Tokyo. “I believe the secrecy bill will eventually lead to the repression of the average person. It will allow those in power to crack down on anyone who is criticising them – the path we are on is the recreation of a fascist state.” He said the withholding of radiation data after the Fukushima disaster showed the Japanese government was predisposed to hiding information from its citizens and this law would only make things worse. [...] The Asahi Shimbun newspaper likened the law to “conspiracy” regulations in pre-war Japan and said it could be used to stymie access to facts on nuclear accidents [...]

Speculation has it that Japan's prime minister, having felt the public backlash, will divert attention elsewhere -- as for example to the budget -- before making use of the new and constricting regulations. Once things have calmed down, the implementation will be less ... uhhh ... onerous.

As elsewhere in the world, once a law is on the books, it will be nigh-on to impossible to reverse the flow. There may be tweaking and revision, but the basic premise will remain in force. It will be acceptable to withhold information and punish those who do not agree.

As always and as everywhere, Shinzo Abe trotted out the last refuge of a 'compassionate' scoundrel:

“This law is designed to protect the safety of the people,” he said.
Posted by genkaku at 7:36 AM