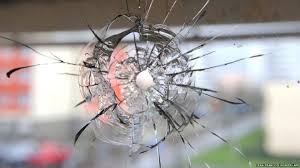 I guess everyone has his or her own bite-sized summations of the tragedies that blossom in life and the one above is just one I reach for in the wake of the slaughter that took place in Paris last night. Over 125 people in several (five or six or more) locations in and around the French capital died in what were apparently coordinated attacks by Islamic State.

A French government source told Reuters there were 127 dead, 67 in critical condition and 116 wounded. Six attackers blew themselves up and one was shot by police. There may have been an eighth attacker, but this is not confirmed.
The attacks, in which automatic weapons and explosives belts were used, lasted 40 minutes.

The particulars and fallout have not all come to light as yet. Everyone is gasping at a peaceful Friday night so deliberately upended in a largely-well-heeled venue. But the screams and wails are no less heart-rending because of the tender sophistications of the the venues.

An Islamic State video warned, "As long as you keep bombing [Syrian targets] you will not live in peace. You will even fear traveling to the market,"

The Band-Aid quote I fall back on comes from a Somali intelligence officer I once heard on TV. As it relates to the events in Paris, it is probably little better than the superstitious observation that yesterday was Friday the 13th ... a bad luck day. The Somali officer was speaking of the piracy being visited on wealthy ships off his coast. Where he lives, people are poor unto hunger, unto life, unto death. Who would not fight or break laws in an effort to feed mothers and children? Who would not exercise his or her own selfishness when addressing what must feel like an over-arching selfishness? What is the exceptionalism of the West if not selfishness on a grand scale? What is the exceptionalism of Islamic State if not selfishness on a hoped-for grand scale?

I can't pretend to have answers with the application of my preferred Band-Aids. Band-Aids are just an application that seem to allow me to be less confused, less sad, less horror-stricken without edges. I want a bow to put on this horrific present, a conclusion that will allow me to go more easily into the kitchen and make breakfast.

Selfishness does not seem to work very well and yet selfishness is inescapable.

Here in America, it is hard not to wonder what things would be like if Donald Trump, a rich and injudicious Republican candidate, were president.

In 1944, the last Nazi commander of occupied Paris defied a direct order from Adolf Hitler. Hitler insisted that the allies should not be allowed to retake Paris intact. Hitler ordered Dietrich von Choltitz to raze the city and to reinforce his will, Hitler called to ask, "brennt Paris?" ("Is Paris burning?") It was not. Choltitz would say later that he had determined Hitler was off his rocker, not to mention his own affection for the city.

Islamic State seems to have taken a shot at executing a long-delayed order. Perhaps they are sharing what they have already suffered?

Sharing, after all, is caring.

And, as a footnote: