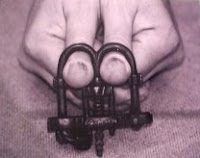 In the wake of a Turkish shoot-down of a Russian fighter jet a week after suicide bombers claimed 130 in Paris, tensions in the Middle East and elsewhere appear to be ratcheting up.

-- Russia has sent advanced missiles to Syria in order to protect its aircraft. The pilot of the downed fighter claims, after being returned to a Russian safe haven, that no Turkish warning was received.

-- Ukraine has banned all Russian airplanes from its skies and Russia has choked off all gas supplies to Ukraine.

-- A French philosopher is under heavy criticism for suggesting that the Nov. 13 attacks in Paris were brought about by the French themselves.

-- A top U.S. military commander conceded that the Oct. 3 bombing of a hospital in Afghanistan was a "tragic mistake."

All of this -- small potatoes, perhaps, when taken individually -- comes against a backdrop of a migrant movement of thousands streaming out of the various war zones and flooding mostly into Europe. In the U.S., there is a drumbeat of incidents in which black people have been shot and killed by police under what others consider suspicious circumstances. Republican candidates for the presidency are notably gunshy or profoundly ill-informed about such larger issues that include income disparity and global warming. Their irrelevance is staggering.

Things seem to fall apart and there is no warming philosophy to still the waves ... or am I just being a pessimist ... couldn't I just dredge up some cuddly bit of Buddhism to explain and ease?