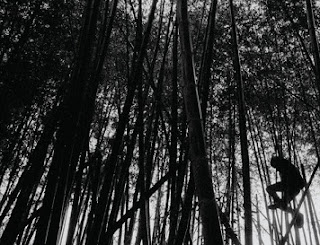 Like a sleepy man who stubs his toe in the darkness when making his half-awake way to the bathroom in the night, somehow the word "yclept" stubbed my mental toe the other night when reading "In the Heart of the Sea." The word was strange and insistent and not at all comfortable in the vocabulary of my mind. Even the look of it was almost runic. The question, "Who gives a shit?" did not enter my mind.


While clepe is obsolete, yclept is still occasionally used for humorous or archaic effect; as in the set phrase aptly yclept, which is an idiomatic expression.

Why was this word not part of my user-friendly world? It wasn't that I didn't recognize it, but rather that it had no comfortable, casual usage on hand. Once it had been in use, I imagined: How then had it lost its savor and currency? To the best of my knowledge, I had never used it in a sentence. Its presence in my mind was a bit like a dog with a porcupine quill stuck in his nose ... it was bearable, but it was nattering and somehow annoying. I wanted to be at ease and was not.

On a scale of things-to-consider-and-worry-about, this certainly ranks somewhere in the basement of concerns worth being concerned about. How I wish my old army buddy Bill McKechnie were still alive: This is something the two of us might toy with and giggle about and take seriously, all without drowning ourselves in the solemnity of a Ph.D.