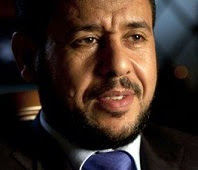 Whether the case is heard or, as in the past, quashed for 'national security reasons,' at least the Brits are having a go at what the U.S. has (at least to my knowledge) not:

One of the most controversial claims of rendition involving the UK is being heard by the Supreme Court.
Ex-Libyan dissident Abdul Hakim Belhaj says MI6 helped to arrange his and his wife's rendition - saying they were covertly taken from Thailand to Libya.
The case, involving allegations against ex-Foreign Secretary Jack Straw and an ex-MI6 chief, prompted an unprecedented battle over whether it can even begin.
The Supreme Court is to decide whether the couple can sue the UK government....
Mr Belhaj, a former Islamist fighter who opposed the Libyan dictator Colonel Muammar Gaddafi, says he was seized by US forces alongside his wife, Fatima Boudchar, in 2004 as they tried to fly from Asia to the UK to seek asylum.
The couple were taken from Thailand to Libya - and they were immediately imprisoned.

Keeping a good name and inviolate status after perpetrating vile acts ... what a lot of energy, personal or political, that takes.