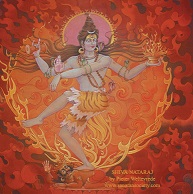 Whether apt or inept, this Associated Press analysis of the chaos in the Middle East does point to a sense of futility: Bombs and death and privation happen at light speed and, simultaneously, the ability to still the waves rests on nothing so much as a willingness and capacity to slow down and deconstruct what once was constructed. Even the best-intentioned approaches bump into and contradict each other. It is disheartening.

WASHINGTON (AP) -- The chaos and violence gripping the Middle East are not likely to evaporate even if the forces arrayed against the Islamic State group manage to crush the brutal army and its drive to establish an Islamic caliphate in Iraq and Syria and beyond....
"The level of damage that has been done by the United States in Iraq and the civil war in Syria is probably irreparable," said Wayne Merry, senior associate at the American Foreign Policy Council.

How much of any problem, whether simple or endlessly complex, does not rest in a willingness to say "I did it. I was complicit ... and now I will make an effort to undo what I have done?" As long as anyone insists on believing "my hands are clean," how can those hands be even partially washed?

It feels like a time when the Hindu god Shiva will reign.


Lord Shiva is the destroyer of the world, following Brahma the creator and Vishnu the preserver, after which Brahma again creates the world and so on. Shiva is responsible for change both in the form of death and destruction and in the positive sense of destroying the ego, the false identification with the form. This also includes the shedding of old habits and attachments.