Crazy or sane, perhaps this is what it is like to go out on a limb: 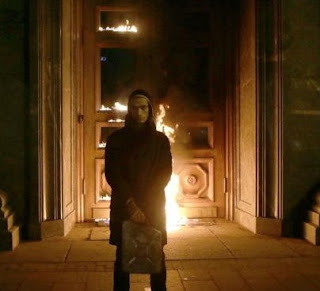 A Russian artist and political activist has been arrested after setting fire to the Moscow headquarters of the country's security service, the FSB.
Pyotr Pavlensky set the door of the Lubyanka building alight and was pictured standing in front of the blaze holding a petrol can.

Nor is this the first of his in-your-face, all-by-himself activities: 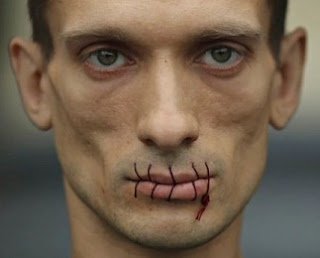 I don't know about anyone else, but such activities, like the Buddhist monks who set themselves on fire as a means of protest, arouse a fidgeting, explanation-riddled chatter in my less-than-courageous mind. And still it is in-my-face.