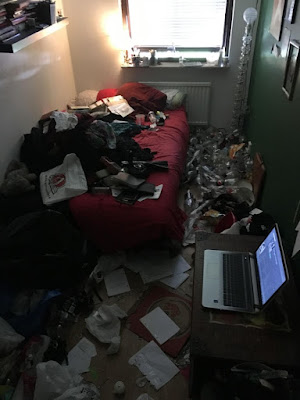 One depression sufferer has now used social media to open a window onto their secret sorrows, to show not only how the condition affects their life, but to also record a small, but significant, personal victory.
The person, who uses a strongly worded username, published two photos of their bedroom on the photo-sharing site Imgur, in a post titled "Me 1 - Depression 0!" - which were viewed more than 300,000 times in less than 24 hours.

Makes me think a bit of the almost-always true observation, "If you want to be rich, learn to be neat."
Posted by genkaku at 8:51 AM