where the buck stops 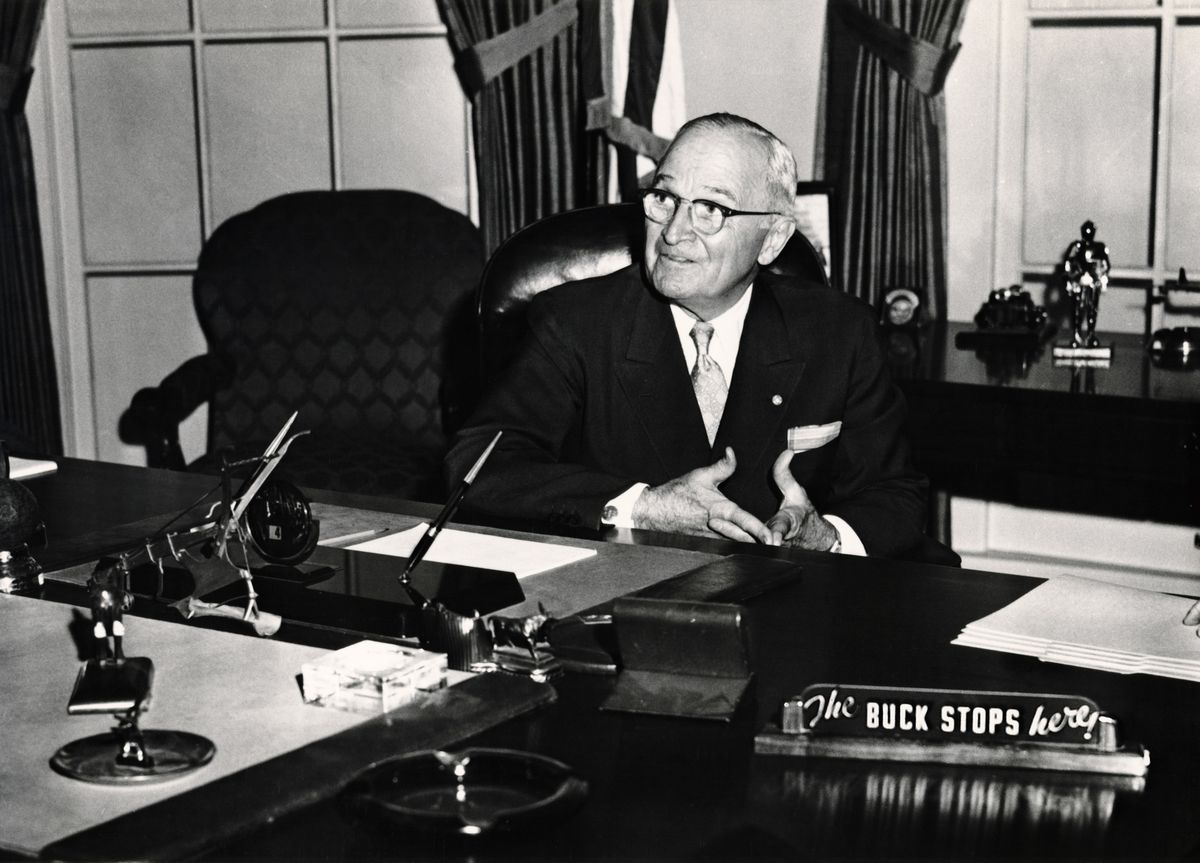 The interesting thing about standards is not so much that anyone might meet them but that they should have them in the first place and then try to meet them.

Former President Harry S. Truman had a plaque on his desk that read, "The buck stops here." He was also quoted as saying, "If you can't stand the heat, get out of the kitchen."

It is hard not to wish that Hillary Clinton or Donald Trump would set a similar bar for themselves... on behalf of the nation. Instead, there are endless bits of jousting about health or the other's lies or anything but where the buck might stop.

And, I imagine, the same is true on a personal level. What standard am I willing to set for myself and then attempt to meet it? Not succeed necessarily, but at least try?

Put up or shut up.