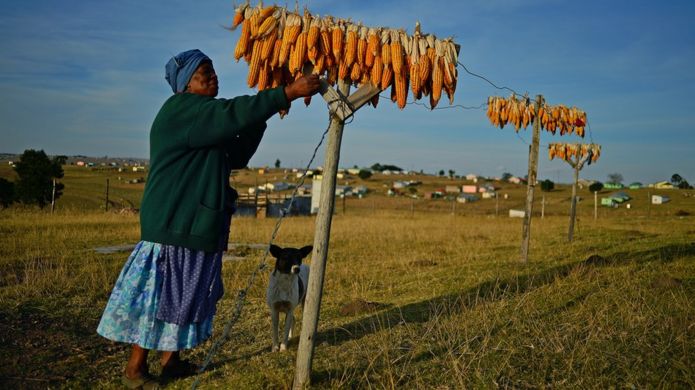 Finally, on a continent ravaged by starvation, S. Africa reports a 50% rise in maize production.

South Africa is expecting to harvest its biggest maize crop in four decades, a year after drought devastated output of the country's staple food.
Farmers are set to produce over 15 million tonnes which means the country will have a 50% surplus for the year, according to government figures.
The bumper harvest is a result of good rains in January and February.

It can't solve everything, but it's a step.
Posted by genkaku at 8:31 AM