terrorism -- made in the USA 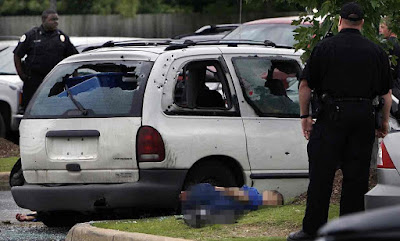 The next time any 'terrorism' expert starts wringing his or her hands about the threat to 'this great democracy of ours' and suggesting we really do need a bigger and better military budget that will eat up things like schools and infrastructure and medical coverage and other relatively peaceful pastimes, at least consider the possibility that the terrorists do not live, were not born in and did not take their cues from the Middle East:


Daryl Johnson and other terrorism experts worry that a generation of people who came of age in the shadow of 9/11 may not understand that historically, most terror attacks in the US have been domestic in origin.
In fact, a 2016 report by the US Government Accountability Office noted that “of the 85 violent extremist incidents that resulted in death since September 12, 2001, far-rightwing violent extremist groups were responsible for 62 (73%) while radical Islamist violent extremists were responsible for 23 (27%).” (The report counts the 15 Beltway sniper shootings in 2002 as radical Islamist attacks, though the perpetrators’ motivations are debated.)