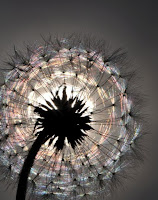 If there is an end, there must be a beginning.

If there is a beginning, there must be an end.

If there is a beginning, there must be a "before."

If there is an end, there must be an "after."

From this, I think it can reasonably be concluded that there are neither beginning nor end, neither before, nor after ... sort of.

Or, alternatively, there are both beginning and end, before and after ... sort of.

And the tricky part is probably that there is nothing tricky about any of it. To the extent that any of it seems tricky, to that extent exactly, things get flummoxed and silly and "sage." It is important to either dive in or leave things alone. But "tricky?" Forgetaboutit! It's just plain.

No tricks up his sleeves.
Posted by genkaku at 8:23 AM