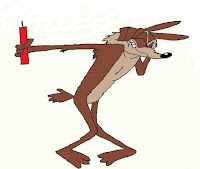 Lost in the racist subtext of a Central American caravan of migrants to the U.S. border these days is the simple math NYTimes columnist David Brooks referenced tangentially on the Public Broadcast System last night ... we'll survive such an influx he said. I looked up the numbers:

The population of the United States is 325+ million.

Donald Trump and his allies have referenced -- and will continue to do so, I imagine -- the illegal immigrants (but suggesting that the only crime of the caravan is being poor and brown) who may pepper the caravan stew. Like the illegal voting that barely exists in the U.S. and yet is constantly used as a touchstone by Democrat-wary Republicans who fear the voting proclivities of minorities ... BLOCK THAT VOTE!... gerrymander them out of existence; require an ID that is complex to get; one-man-one-vote means white men and right-thinking one-women.

Donald Trump has labeled the caravan a national emergency worthy of calling up the National Guard ... purely in a support role, of course, since only the Congress can authorize a military action of this sort: Rile up the Trump supporters who live in the United States, a country of 325 million. Get your gun! "Defend" your country!

Reuters has noted a surge in Republican spending on mid-term election advertising that references immigration.

Seven thousand into a pool of 325 million.

And perhaps there are a few devious apples in the bunch. So what? We've let crooks in in the past ... look at the Kennedy clan, the Irish, the Italians, the Jews. Seven thousand people, most of whom want to work and be secure and bring up their families ... but 325 million cannot accommodate them? True, they speak other languages. True, they are largely other colors. And there are probably a share of drug-dealers and other criminals, but even if a perfect wall existed, the United States would already have its quotient of those.

And Trump supporters, if I had to guess, would be people who counted themselves as "Christians." Christianity, the last time I looked, is based in "caritas," a word sometimes too loosely translated as "charity" or "kindness." Please tell me how all the anxiety about immigrants, whether manufactured or home-grown, is not largely based in a racism that is unwilling to take responsibility for its leanings.

I wouldn't be happy having to whine with some liberals, "Can't we all just get along?" But there is no whining about the math and no whining necessary about history.

But whining about stupidity and the kind of bonfirey agitation that Trump and his followers dance around and promote? 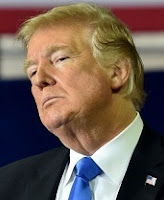 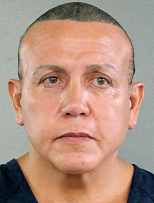 I woke up this morning wanting to tip my hat to Donald Trump for inspiring some poor schlub to create a series of explosive devices sent to left-leaning high-profilers. My only complaint is that the apparent perpetrator was captured so easily because he was careless in his creations. If his efforts had been a little more wily, the what-did-you-expect outcome that can be laid at Trump's doorstep might stay in the news longer.

Immigrants are brown and they're illegal. Nuff said, I guess when it comes to supporting Donald Trump. They are fleeing what Trump has referred to as "shithole" nations and will turn the U.S. into something similar....

If Trump doesn't beat them to the punch.
Posted by genkaku at 1:44 PM