if you won the billion-dollar lottery 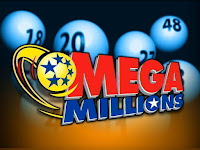 What would you do with $1 billion? Nobody "needs" a billion dollars. It is an obscene amount of money and yet it is hard not to get swept up in tonight's drawing in the American lottery "Mega Millions."


(Reuters) - The U.S. Mega Millions lottery reached nearly $1 billion on Friday, the day of the drawing of what is now the second-largest lottery in U.S. history....The odds of winning the Mega Millions jackpot are one in 302,575,350.

I wonder if, assuming I won, I could offer it to Donald Trump in return for his leaving office now, today, no Tweets allowed. He is a man who clearly thinks in terms of money, so ... I wonder if he'd do it... move to Madagascar or something.

Yes, I will buy a couple of tickets: An occasionally-obscene possibility is not to be sniffed at.
Posted by genkaku at 11:47 AM