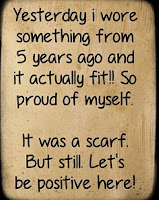 Sitting beneath the trees on a sun-dappled terrace, there were only two couples as I recall it -- my mother and I, and an older man with a woman a couple of tables away. The terrace let on to a steep decline that flowed into the deep blue of the Mediterranean Sea below. Even at 11, I had a sense that it was very beautiful.

And as we sat sipping on something to wet our whistles, my mother indicated the man and woman at the other engaged table and encouraged me to go over and ask the man for his autograph. That was Walt Disney, she told me, the man behind many of the comic books and movies I enjoyed at the time. And I wouldn't do it. Why should I? What purpose would it serve? I didn't like the idea of importuning an adult I did not know for some result I could see no purpose in. My mother, no doubt, saw the kool in it. I saw nothing but embarrassment. I liked the results that Walt Disney produced, but those results were just the results and a signature would not improve them ... or me either. Also, I was shy.

What did I know of the ways of the world -- its heroes and heroines, creators and creativity? Even today, I sympathize with the child in that Italian cafe. The idea of puffing out my chest because once I had crossed paths with someone famous .... well, the acronym did not exist then, but WTF?

Some time later, when the world-renowned violinist Yehudi Menhuin played for a school assembly at the boarding school I attended, I got several signatures from him by the simple means of asking his son, whom I then considered a best friend, to get them for me. The signatures did not seem to improve the music which the school assembly sat dutifully still for ... but what the heck, he was Krov's dad, my friend's dad, so I sat through the violin-ing, however famous. I can remember not liking the music much and I have no clue what ever happened to the signatures.

Fame by association. What a peculiar idea.

Carson McCullers, Truman Capote, Isaac Asimov, Kurt Vonnegut and I suppose there were others: Did brushing up against any of them make my pecker longer, my persona more magnetic, my step more assured, my wallet more full? Did I get more of the girls I once pined for so piteously as a teenager? "If you've got it, flaunt it!" -- but flaunt what, precisely? Could I really love myself better based on some tenuous proximity?

Yes, there was the stink of privilege, I suppose, but to what end? Most of the famous and privileged people whose orbit I briefly entered seemed about as blessed or cursed as the rest of us. Were they not living examples of "be careful what you pray for ... not because you may get it but because you will?" They seemed to fill the bill for the German dictionary I would later own -- Wildhagen -- which translated the phrase "unrasiert und fern der Heimat" (literally, "unshaved and far from home") as meaning, in slang, "fucked and far from home."

Maybe there would be some benefit from knowing a criminal, but that has its obligations and down-sides as well. I had and have no desire either to stuff someone in a car trunk or to ask an acquaintance to do it for me. Still, I suppose it would be nice to have a tough and toughened friend. Would Donald Trump fit in a car trunk? With or without his toupee?