"The Rat Wars of Valley Street" 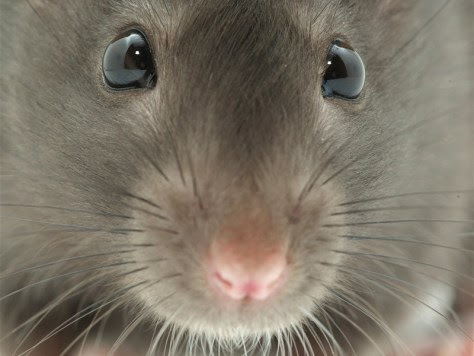 There are no howitzers or RPG's in evidence, but "The Rat Wars of Valley Street" seemed to pick up momentum yesterday when I saw a man with a rifle sauntering down the sidewalk in the distance.

The rifle appeared to be an air gun, but there was no telling from the 200 or so feet from which I saw the man. And there was no doubt that he was walking away from the driveway that separates the two combatants in what I have colorfully come to call a war.

It all started two days ago when I heard my up-and-across-the-street neighbor, Doreen, yelling at her neighbor, Lee. I heard Doreen utter the word "unacceptable!" in that derogatory way that righteous personnel department heads can smugly castigate employees who have failed in some way.

The reason I stood in the porch door being unabashedly nosy is that Doreen, like her husband, Mike, is a person I know to be kind and considerate ... to a neurotic fault. She is nice to everyone. A laugh, a smile, an agreement, a companionable humanity. Pissed off is not in her general repertoire and Doreen was pissed off. Ergo I was curious. Part of the reason she was pissed off, I was to learn, was that she had been forced to get pissed off and she didn't like acknowledging that aspect of her otherwise amicable lifestyle.

After she had finished yelling and because she saw me standing in the porch door, Doreen came over to unload. Her face was constricted and bubbling with anger, confusion, and a certain element of fear. The situation left her face and posture a couple of steps short of "wracked."

The focus of her upset was this: Looking out her house window into the driveway that separates her house from Lee's, Doreen saw a rat ... or perhaps more than one ... but however many it was it gave her the creeps, called up a sense of potential disease, and simultaneously brought the value of her house down: Who wants to live next door to a rat factory?

There was no question in Doreen's mind that the accumulated crap in Lee's backyard, coupled with what Doreen knew to be an overstuffed garage, was the source of the rats. "She's got stuff back there from when the kids were little," Doreen harumphed. Rats love old wood piles and the dark holes provided by stacked up stuff and now the rats were venturing onto Doreen's property.

There is an unwritten code in suburban neighborhoods like the one I live in. Everyone is acknowledged as having his or her own tastes and foibles, but there are community lines that may not be crossed. An unleashed dog that nips at bicycling children is out of bounds. Parties are fine, but loud parties that go on into the wee hours are across the line. Accumulated crap in the backyard or elsewhere may cause frowns, but are basically left alone. Accumulated crap that breeds rats that migrate is out of bounds.

"And rats produce a new litter every six weeks," Doreen told me as she unloaded.

Doreen talked to the neighbors who live on the other side of Lee's house and it turns out they too have asked Lee to clean up her yard. And that, I suspect, is where the man with the (air?) rifle came from. Not yet howitzers or RPG's, but slowly heating up like Hitler on the border of Poland in 1939 ... and Doreen longing to display the Chamberlain-esque good will she is known for.

What really gets under Doreen's skin, I suspect, is precisely at this point -- her lifetime persona of getting along with others now forced to admit she, like anyone else, has the capacity to get pissed off as a wet cat. She hates that almost worse than she hates rats. I tried to chill her jets by suggesting that in the same way she liked to respect her neighbors, there was something to be said for respecting herself.

And here we are into day three. The tension is still out there -- I can feel it. My wife insisted we shut the doors: She didn't want rats in the house.

Can war be averted or is world domination in the cards?

Not that this local cataclysm compares with applied mathematician Safa Motesharrei's conclusion that modern civilization is doomed in the not-too-distant future, but I guess it's something to worry about before that larger and more carefully-plotted doom arrives.
Posted by genkaku at 8:50 AM