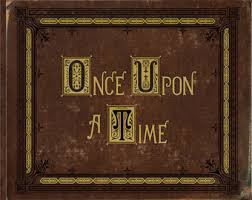 A world of wonder can be found in fairy tales that are laced with magical happenings and magical names.

Harry Potter is a latter-day example, but tens if not hundreds of authors have done the same ... entrancing the reader with stuff that barely seems credible and yet successfully invites the reader to be gullible and surrender to this made-up panorama.

Sometimes I wonder where all those marvelous and not-quite-credible names and abilities come from and today the tale of a 2.6 magnitude earthquake in Nottinghamshire, England, seemed to offer me a clue:

Just for a moment, I felt as if I were reading a 13-year-old student tale-teller's attempt to create a land of marvels and magic and fantasized communities. Imaginative? Yes. But straining credulity? Those names are a bit much, don't you think, even for fiction....

I guess only fact could trump fiction.


Taumatawhakatangihangakoauauotamateaturipukakapikimaungahoronukupokaiwhenuakitanatahu is a hill on the North Island in New Zealand and it means “the summit where Tamatea, the man with the big knees, the climber of mountains, the land-swallower who travelled about, played his nose flute to his loved one” and holds the title of ‘Longest Place Name in the World’.

Dead Women Crossing, Okla.; Lick Fork, Va.; and Satan's Kingdom (Mass. and Vt.) appear to be aiming at a similar whimsy in the U.S.
Posted by genkaku at 5:23 AM