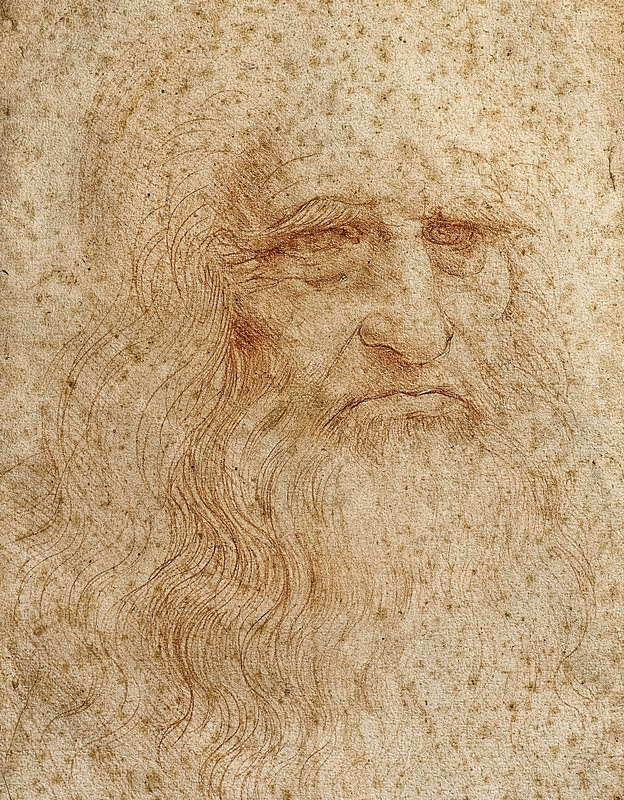 As far as I know, the Hindu 'trinity' of Brahma, Vishnu and Shiva (creation, preservation and destruction) do not have more- or less-powerful presence. They are of equal stature and come as a package deal. Placing one above the others is strictly an exercise in folly.

I am not looking to get into a discussion of Hinduism here: The three tales are just tales that any (wo)man might observe in an actual-factual life, with or without religious tassels. Things are 'created,' 'preserved' and 'destroyed:' Is this untrue? I seriously doubt it.

But it is interesting how one or the other of man's gods can dominate the scene, the heart, the hope, the love or whatever all else during a given time span.

Enormous pains were taken to preserve a self-portrait of Leonardo da Vinci during World War II. The picture was said by some to confer magical powers and no one wanted Hitler and the Nazis to get their hands on it and accrue still more power. But even without the magic, preservation was and remains an almost-desperate goal. Vishnu, to use an Hindu prism, was invoked even as Shiva lurked.

Worth preserving even when it cannot be preserved....

In Hawaii, villagers in Pahoa have been allowed to view the inexorable advance of a lava flow that threatens to destroy their homes. Even the extraordinary wealth that might -- but only might -- stem or redirect the flow is flummoxed. Buying off Shiva is not in the cards whatever the intensity of the desire. Slowly, slowly, slowly preservation gives way to a destruction that is painful for human beings who shape tales of Brahma, Vishnu and Shiva.

Brahma seems to have gotten some licks in at the only women's prison in Israel ... a place that hosted a fashion show as a means of making lemonade out of lemons ... teaching the women a craft that they might employ and perhaps preserve once they got out of the slammer.

And the San Francisco Giants beat the Kansas City Royals and staked out World Series (baseball) acclaim last night. Will Vishnu preserve the moment? Probably not, but it won't be for lack of human trying.