if you're scaring me, you're a terrorist

Passed along in email was a story from the L.A. Times headlined, "Metro bus driver quarantined after passenger yells 'I have Ebola!'

The story is precisely what the headline invites the reader to imagine. And yet buried within that story was this line: "The Monday afternoon incident is being investigated as a possible terrorist threat because of the fear it incited, he said." 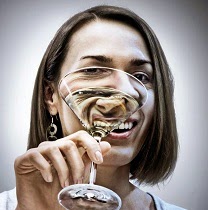 If this yardstick for terrorism (the fear it instills) were uniformly applied, will someone tell me how the minions of the U.S. government -- you know, the folks who say things like "we have detected a credible threat" without ever telling anyone the source of either the threat or its credibility -- could escape the deep-dish terrorist investigation?

I'm pretty serious about this since the technique of arousing fear is so widely applied in order to keep drones, shredded children and other assassination techniques in business.

If scary constitutes the premise of so-called terrorism -- which, whether real or utterly fabricated, it does -- then the terrorism yardstick can reasonably be placed next to the likes of Barack Obama, Leon Panetta, various news media, and other lapel-pin patriots.
Posted by genkaku at 8:50 PM